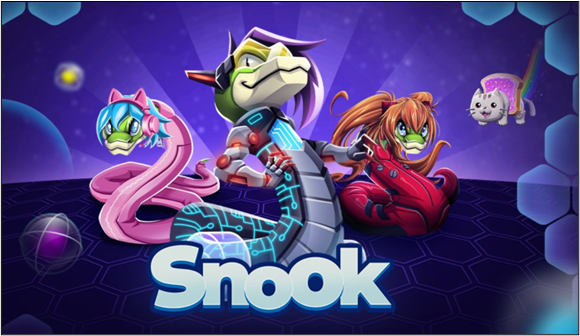 Community engagement can make or break any project in the cryptocurrency space. Snook, the online multiplayer IO game, has developed a new solution to help more projects connect with their communities. The BBT-themed rooms are an exciting addition, and the venture has a strong lineup of initial partners.

Despite the popularity of non-fungible tokens (NFTs) and GameFi, some industry inefficiencies still need to be addressed. For example, Snook acknowledges there is s degree of inflation that needs to be flattened sooner rather than later. In addition, the project has cracked the code to capture the value of skills and performance. That makes it different from the traditional buzz and speculation song and dance one would associate with NFTs.

As a leading game on the Polygon blockchain, Snook has proven very successful since its launch. Measuring skilled work invested in the creation and development of NFTs is what brings out the true value of these non-fungible tokens. While artists deserve to make money, not everything they create will be valuable. It all comes down to applying oneself, getting better, and reaping the rewards from doing so.

That different mindset enables the Snook team to tackle NFTs from a very different angle. The recent introduction of BTT-themed rooms illustrates that point rather well. Every BBT-themed room is a branded and token-gated experience where projects can engage with their community. In addition, every partner project can leverage Snook’s Snake-like gameplay to create a branded environment where they can organize game nights and tournaments.

There are many opportunities ahead for partner projects. Teams can design in-game assets with their brands to make community members feel they are part of something much bigger. In addition, these rooms and environments offer utility to token holders and community members. What is pretty interesting is how non-token holders can still see a project’s BBT-themed room but not enter it. They will be prompted to acquire the token when they try to enter, creating a new onramp to bring in new community members.

The vision by Snook and its BBT-themed rooms strikes a chord with many projects and communities. The first collaboration is with Unstoppable Domains, one of the biggest blockchain and web3 communities. That partnership will offer a new place to hang out for UD members and enables Snook to continue its growth curve in the broader industry.

Through this partnership, Snook users can log in with their Unstoppable Domain and play against other UD holders. They gain access to an exclusive room with Unstoppable Domain branding and theming. Moreover, the games feature special Snooks tailored to the Unstoppable Domains brand, which is used to earn $SNK tokens and/or native chain tokens.

A second top-tier partner materialized in LobsterDAO, which also received dedicated BBT-themed rooms. The team plans to host an exclusive game night for all LobsterDAO NFT holders. In proper DAO fashion, the community could vote on the game night idea and how they would organize things.

With more partnerships looming on the horizon, these BBT-themed rooms will become more commonplace over the next few months. It is essential for projects to engage their communities, and creating a safe and fun space to hang out and play games – with potential rewards – is a welcome addition.