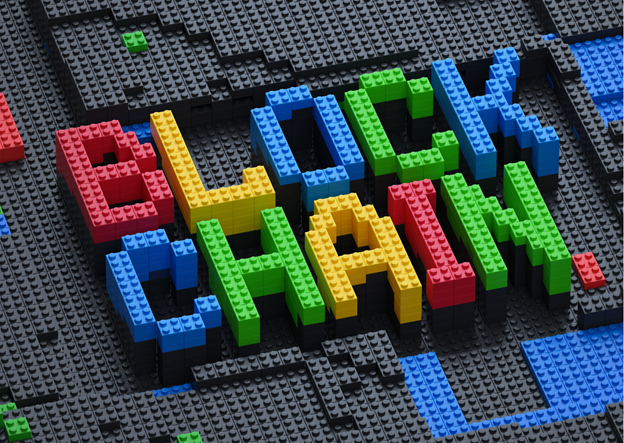 As blockchain technology weaves golden threads into exciting new use cases, promising solutions like cryptocurrencies, NFTs, and DeFi are continuously gaining more attention, cementing themselves as significant contributors to overall ecosystem growth. Amidst this growing marketplace, blockchain gaming is another promising sector that has proven its potential.

Because blockchain games facilitate the play-to-earn (P2E) model, there has been a surge in demand for such games, partly driven by the economic crises due to the Covid-19 pandemic. Per data from the BGA Blockchain Game Report, more than 840,000 unique users joined at least one of the available play-to-earn games, growing the aggregate usage by 121% in terms of unique and active wallets between June and July 2021.

The early successes of blockchain games like Huntercoin, Crypto Kitties, and Axie Infinity, among others, brought a paradigm shift in how in-game asset ownerships work via NFTs, native tokens, and virtual asset marketplaces, paving the way for a fully decentralized global gaming economy.

For instance, one of the oldest companies in the blockchain gaming scene, XAYA, has been involved in blockchain development since 2013. The company is credited with launching the world’s first blockchain game, Huntercoin, in February 2014. By design, Huntercoin was a fully decentralized Massively Multiplayer Online (MMO) game running on its own blockchain. It was originally introduced as a live experimental test to see how blockchain technology could handle fully functional game worlds.

Following this experience, the team behind XAYA spent several years doing research and development to come up with a scalable and permissionless blockchain that can run multiple game worlds like Taurion. Fast forward, and XAYA has teamed up with GeekyAnts to bring Soccer Manager Elite, the premier sports management game, into the blockchain ecosystem. From inaugurating the world’s first blockchain game to creating an ecosystem of products and services that facilitate blockchain games, XAYA is setting the foundation for the upcoming wave of play-to-earn and NFT games.

XAYA co-founder Andrew Colosimo holds an optimistic view of the blockchain gaming industry, noting, “I think in 2022 we will start to see the emergence of more complex blockchain games. We are currently limited to games that are not necessarily fun but more focused on staking and with trivial game mechanics. I believe we are going to see the blockchain industry matching the standards of traditional games in terms of playability while integrating blockchain on various levels, for example, by utilizing NFTs or by the games themselves being fully decentralized.”

Peering Into The Present

By leveraging blockchain technology and the concept of tokenization, the current generation of blockchain games empowers the global gamer community with several income generation opportunities. Take Splinterlands, for instance, a blockchain-based trading card game that has shattered every record, establishing itself as one of the fastest-growing blockchain-based digital card games of 2021 after expanding its user base by almost 55.46% between September and October 2021.

Unlike other trading games, Splinterlands has created its digital cards using NFT technology, which grants it real value, even outside the game. These cards are tradeable on secondary marketplaces, and depending on the rarity and demand, each card can fetch its owner significant sums. Not only is the game free to play, but it also creates lucrative products for revenue streams and generates earnings opportunities for the players.

Remarking on the future of blockchain gaming, Dr. Jesse “Aggroed” Reich, Splinterlands co-founder and CEO, stating, “what feels like a craze now is really just the start of a tidal wave of change in the industry. This is a one-way valve where players that have experienced asset ownership and appreciation won’t go back to free to play. It’s a new era and has barely started.”

A Peek Into The Future Of Blockchain Gaming

Given explosive year-on-year growth from 2020 to 2021, there is no denying that next-generation blockchain technology will open up the next significant chapter in blockchain gaming, delivering not only a computing revolution but also a monetary revolution.

According to a report by InvestGame, a total of 489 deals involving gaming companies have been closed and announced within the first six months of 2021, four times the total deal flow in the first half of 2020. The total estimated value of these deals reached $50.2 billion, raised via public offerings, acquisitions, and investments.

Moreover, the NFT craze isn’t going to fade anytime soon. Accordingly, the future of blockchain gaming is promising, and we will see more P2E games going live, new metaverses and collectibles, thousands of new users, and the emergence of platforms that facilitate blockchain games and dApps.

Bluzelle is one such platform that is fully prepared to tackle the wave of new blockchain games by allowing dApp developers to store their sensitive data on its decentralized data delivery network (DDN). The team behind Bluzelle has developed an enterprise-grade database network from scratch that includes both a database and data caching services.

Video games demand speed, a lag-free experience, and security – all of which Bluzelle provides through its DDN. By combining decentralized technologies with edge computing, Bluzelle offers a faster and more secure internet while addressing all the pain points every dApp developer encounters, namely the choice between the high cost of blockchain data storage or the vulnerability of centralized solutions.

When asked about the future of blockchain gaming, Bluzelle CEO Pavel Bains concludes, “Games are becoming more online and global. 2021 was the year crypto game mechanics proved itself out. As a result, more talent has come in, and more games are being developed. In 2022, we’ll see more games going live for people to play and bring in more users. The security and the performance needs of those types of games, as more of them come out, are going to have to rely on decentralized technology.”