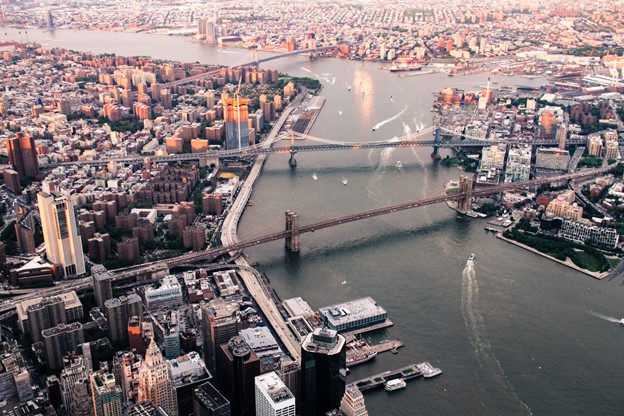 The Virtual New York is Sold Out, But What Remained Then?

We have good news and bad news. The virtual New York you’ve been waiting for is finally here, but it’s already sold out. On Next Earth, the NFT-based replica of our planet, some of the most expensive virtual real estate was in the digital replica of New York. Some lucky metaverse New Yorkers already own the likes of Central Park.

That said, virtual Earth is big. With any area of Earth open for sale, there’s a powerful opportunity for NFT collectors to buy their own slice of the virtual planet.

How Much Is Digital Land Really Worth?

Every metaverse has its own NFT economy. The one in Next Earth has already sold over $1.7 million of virtual real estate. This figure includes not just the likes of Central Park and the Metlife building, but virtual lands around the world.

The value of digital land comes from three sources: scarcity, location, and demand. The more rare the land, the more valuable it is. But if you can afford to buy virtual New York City, then congratulations! You’re one of the virtual world’s wealthiest people.

Scarcity is naturally tied to location. That said, even if you buy a plot of virtual land in the middle of nowhere, you will soon be able to create pixel-based land art, resources, and more on it, which means that any plot of land can have utility and value.

But there’s more to real estate than just location and scarcity. It also depends on how much people are willing to pay for it. In the case of digital New York City, this is an important distinction to make. Do people want something small (like a house or apartment) or do they want a slice of the city itself (like Central Park or Times Square)? This will affect how much you have to pay for your piece of virtual land.

Even though New York is one of the most famous parts of the virtual universe, it’s not the only piece of virtual real estate that people are buying.

There are other parts of New York, like the Appalachian and upstate New York, or you could buy pieces of Paris and San Francisco. The metaverse is largely defined by its NFT-based digital real estate. As with any real estate market, location matters. Let’s dive into some other locations.

Virtual Washington is an area that spans from the Washington Mall to the US Capitol to the White House. It’s a huge stretch of virtual real estate, with its own distinct landmarks and architecture. And people are paying big money for it, because the underlying NFTs represent the most iconic architecture of Washington DC.

Virtual Paris is attractive to digital sightseers because of its famous landmarks, like the Eiffel Tower or Notre Dame. The NFTs for these virtual buildings may one day be re-sold at eye-watering sums. In a similar vein, there are also beautiful castles that are being bought — presumably by NFTs collector who wants a slice of history in this digital world.

Meanwhile, the famous Arc de Triomphe in Paris was originally bought for $100, and then re-sold on the NFT marketplace for an incredible $3,400 – on the day of the marketplace launch!

These are just a few examples; every geographical region has its own virtual real estate market where you can buy land with NFTs attached to them. Some of Next Earth’s most valuable virtual lands are in Vatican City, Monaco, and Macao.

The Vatican is being bought by metaverse collectors for its beauty and rarity, including major pieces of Vatican real estate such as St Peter’s Square and the Apostolic Palace. These areas are where the most famous Catholic landmarks are located, including St Peter’s Basilica and the Sistine Chapel. People are paying handsomely for virtual views of this historic place. As of writing, Vatican City tiles are selling for over 42 BUSD a piece, representing a 42,000% growth!

When you think about luxury, Monaco probably comes to mind. From the views of the ocean to the yachts cruising around, this small city-state has been very successful in marketing itself as a place where the ultra-wealthy can go to live out their dreams. The real estate prices for these virtual places are high because they’re so rare – Monaco is only so big.

Macao is another metropolis that has its own digital real estate market, which spans from the casinos to the waterfront to the historic center of Macao and beyond. Ultimately, Next Earth presents many opportunities for crypto enthusiasts to invest in a variety of environments that you can’t easily visit (let alone own) in the physical world.