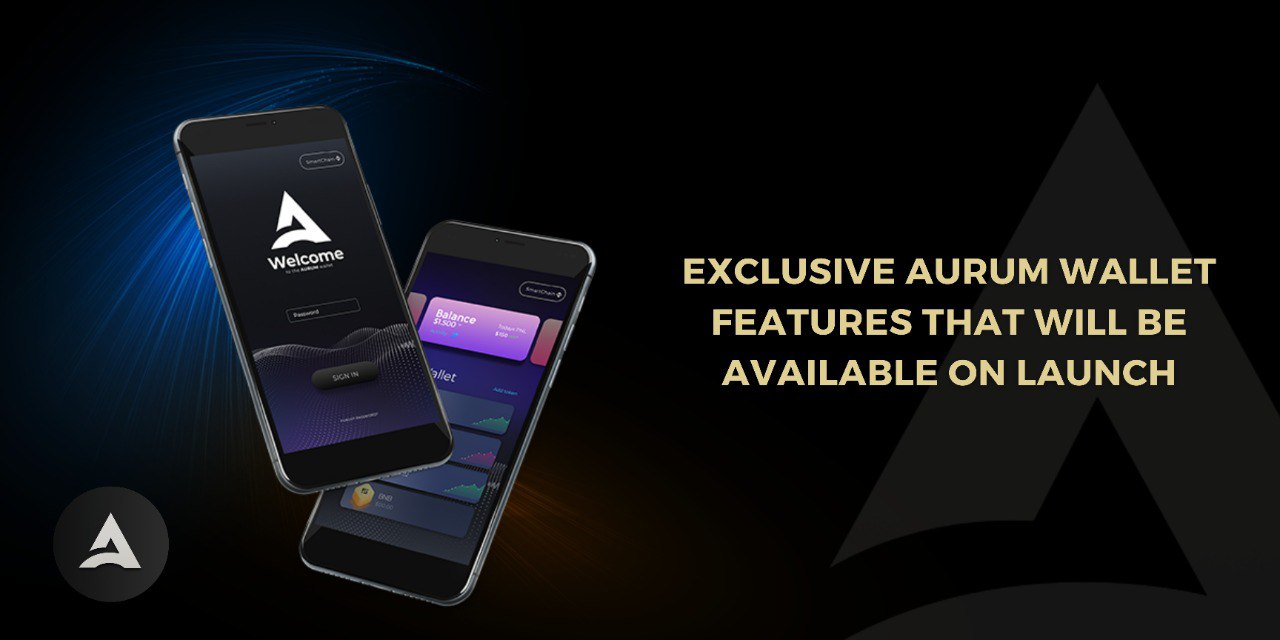 The Wallet of the Future: Introducing Aurum Secure Wallet

MoonBoys Finance’s transition to Aurum came as a pleasant surprise this year to everyone who’s been closely following the crypto industry. MoonBoys Finance is quite the popular name in the reward tokenomics space. Capitalizing on the new trend that emerged as part of the DeFi boom, this protocol was considered quite successful reaching a market cap of $80M at peak with over 11200+ new users joining in the first seven days of launch. However, this new trend quickly dialed down and so did the protocols that came with it.

MoonBoys Finance, on the other hand, believed in the potential of these reward tokenomics, and the transition to Aurum came in an effort to unleash this potential by creating new use-cases. From a crypto-centric web browser and charity initiatives to a game-changing futuristic crypto wallet, Aurum has a roadmap of innovative products that aim to introduce the potential of rewards tokens to the wider DeFi ecosystem. The first of the launches is going to be the Aurum Secure Wallet.

The Aurum Secure Wallet is a one-of-a-kind product that apart from letting users buy and sell tokens, has a whole host of new functionalities. Aurum is in the works to launch the beta version of this wallet to the community this quarter to try and test the various features.

There will be multiple beta phases of the wallet before a full release so that users can test each design and functionality aspect. Although the initial beta launch features are the core to any wallet, such as creating new wallet, sending tokens and in-built swap, future updates indicated by Aurum’s Wallet Roadmap will begin to move it beyond its competitors.

For instance, in terms of security, two-factor authentication will be implemented to add an additional layer of protection for all users, limiting the likelihood of hacks. In addition to this, the rapid rise of NFT popularity will be catered for with not only NFT showcasing within the wallet but the ability to mint NFT’s for a small fee.

Convenience is key in today’s modern world, so having core features for all types of investors without the need to go on external sites will save users huge amounts of time and effort. There will be an accurate price tracking feature that lets users track the live value of their portfolio at any given time, making it easier for them to manage and redistribute assets in their portfolio.  There’s also the live price charts feature combined with live transactions that let users track individual assets and make quick transactions when needed.

The wallet will run in the beta version for two weeks during which the community of users can test all the different features and provide feedback directly to Aurum. The wallet will start off as a Chrome extension with an IOS app coming very soon.

Securing a Place for Reward Tokenomics

The reward system of a DeFi protocol plays a huge role in driving users to the network. Reward token protocols by solely focusing on providing exponential rewards to its users could be the key to bringing in more and more users into the DeFi ecosystem. Aurum takes all this to the next level by not providing users with exponential rewards but also letting them choose the token in which they receive their rewards. This combined with its upcoming wallet and other innovative products, could unleash the full potential of reward tokens and cement their space in the DeFi space.