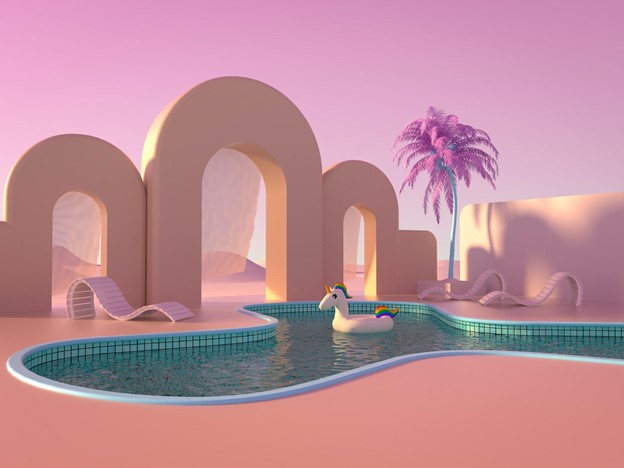 What Zuckerberg’s Meta Means for the Metaverse

The world’s largest social network, Facebook, has changed its name to Meta, short for metaverse. Naturally, this move is shining a spotlight on the metaverse industry, or the field of virtual worlds. While this concept has more recently become a viral phenomenon, it’s not a new idea at all.

The metaverse began as a science-fiction concept that was first introduced in the 1990s by sci-fi writer Neal Stephenson in his famous book, Snow Crash. Stephenson imagined networks of virtual worlds where people could experience all the benefits of modern technology—without the hassles of physical travel.

But it wasn’t until Facebook’s purchase of Oculus that virtual reality (VR) became somewhat mainstream. Achieving true immersion with VR is still an arduous task, but Facebook is making steady progress toward its goal of having a viable business selling VR headsets to the masses.

Since Facebook’s acquisition of Oculus and re-branding to Meta, the metaverse has become more than just a sci-fi concept. It’s fast becoming a new playing field for businesses. In other words, businesses can no longer ignore the metaverse industry; they need to innovate or get left behind.

What innovative businesses have in common is that they understand the power of social media to influence consumers. And what better way to interact with someone than through a virtual world? Since most people spend more time on their smartphones than watching TV or movies, it’s only natural that brands look for ways to engage with customers in new and interesting ways.

This does not mean that anyone can start creating content in the metaverse without having a solid business plan around it—it just means it’s no longer pie-in-the-sky speculation. Businesses need to get creative when thinking about how they can use the metaverse as an avenue for engaging with customers online—and offline.

However, amidst all this hype around the metaverse, there are some privacy concerns that consumers should consider before they start sharing their lives in the metaverse.

When it comes to privacy, people naturally worry about who’s watching and recording what they do. This is especially true with social networks like Facebook where third-party applications are constantly uploading your life to the service.

And while this may sound innocuous enough, it’s important to keep in mind that companies can do anything they want with your data once it leaves their servers. The fact that Facebook has been caught harvesting data from other apps on smartphones without permission is a good example of why consumers need to be careful about how much information they share online—even if it seems harmless at first glance.

Businesses have a choice: Trust Zuckerberg with their data, or join decentralized metaverse projects. Next Earth is one such project that uses blockchain and NFTs (non-fungible tokens) to offer a platform for people to express themselves without having to worry about third parties compromising their data.

Next Earth is an NFT-based replica of our planet, where users can buy virtual real estate, create Land Art, trade with other users, and more. Unlike traditional, centralized projects, Next Earth assets are in the hands of users. This is enabled by blockchain technology, which gives users self-custody of their assets with wallets and private keys, instead of centralized servers.

For users that believe in privacy and control, the decentralized metaverse is a no-brainer, and since consumers are flocking to these nascent spaces in droves, businesses would be wise to follow suit.