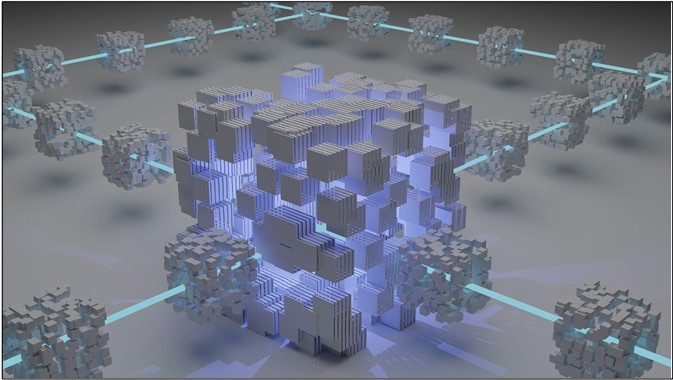 Why is Web3 So Crucial for Avalanche Dapps?

With the rapid pace of progress and innovation, blurred together with at least as much buzz-word saturated hype, it can become easy to get lost in the growing wave of news, advertisements, and social media blasts around the next big thing.

Two of these buzzwords driving conversation are “Web3” and “Dapp”.  What makes it more difficult is that you can’t just dismiss the news on either term.  There are genuinely world-changing innovations that are being developed, and entire ecosystems are growing so rapidly that they feel like they are appearing overnight.

It might be worthwhile to pause, review these buzzwords, and take a sample snapshot of how they are being used—not next month, not years from now, but today—in ways that show just how important Web3 is, Dapps are, and just how interconnected the two have become.

While there are many large ecosystems that could be examined, we’d like to target the Avalanche Blockchain ecosystem here because of its architecture, which makes it require the innovations Web3 offers even more than competing ecosystems.  However, that dependency also leverages even more benefits through its client platform Dapps.

While you can find a number of great in-depth descriptions of Web3 characteristics (and what exactly Web1 and Web2 were), we are going to assume you know the basics here and will focus on a few key elements that make Web3 truly unique over the current version of the internet.

A key feature—and key promise—for Web3 is its decentralization.  This seems interesting on the surface, but just keeps getting better the further you dig.  Decentralization means users can’t be easily censored because control is decentralized; though if the dispersed community all felt the same way, a member of the community could indeed be censored.  The difference is that the control is highly democratized, and coercion to conform simply has no teeth.  Decentralization means that a payment service can’t be denied or restricted; payments can often be completed with no personal data, and can’t be shut down because the payments are conducted peer-to-peer.  Decentralization means robustness; Web3 servers are nearly immune to crashing because it is made of a network of many, many computers worldwide.

The Avalanche ecosystem is similar to competing ecosystems, such as Bitcoin and Ethereum, in many ways.  However, we wanted to look specifically at Avalanche Dapps because it is built not just on one blockchain, but on three interconnected blockchains.  The Avalanche Exchange Chain (X-Chain) focuses on creating new digital assets for the platform; the Contract Chain (C-Chain) focuses on maintaining the ecosystem’s smart contract and its Ethereum Virtual Machine (EVM) implementation; and the Platform Chain (P-Chain) works to build the foundation for validators, platforms, and subnets.

This complex coordination of interlocking and dependent chains is incredibly important, and relies heavily on the characteristics of Web3 to operate.  Without true decentralization, the ecosystem would not be able to scale up to its massive 4,500 transactions/second capacity—compared to Bitcoin’s 7 Tx/sec and Ethereum’s 14 Tx/sec.  The three chains working in harmony, using an advanced smart contract and a wider-than average consensus distribution, create a decentralized ecosystem nearly impervious to hacks, censorship, and downtime.

These elements firmly cascade to Avalanche’s many Dapps, where they utilize Web3 to operate in ways impossible with Web1 or Web2.  Namely, they are able to thrive autonomously using programmable business logic by building on the smart contract, which saves development time and ensures a stable, predictable system.  They benefit their customers greatly through direct ownership (self-custody), where there is no need for an intermediary to hold a user’s assets on their behalf.  And they are able to operate without the threat of censorship or a centralized body targeting a user.

What it is: Colony brings Ecosystem Farming solution. As viable projects across the ecosystem are cultivated, and the invested members of the DAO are able to reap the yield.

Colony is a platform that combines the elements of DeFi, token-based economy, and yield-bearing investment; with a DAO-based approach that utilizes and is driven by the community.  Colony uses these elements for the purpose of supporting early platforms through venture capital (VC) programs raised and determined by the DAO.

You think early- stage #airdrops are the coolest thing about @Colonylab‘s staking mechanism??

Airdrops are just 1 out of the 5 features staking gives you access to!

We didn’t call it #EcosystemFarming for nothing!#CLY provides exposure to the entire #Avalanche ecosystem. pic.twitter.com/RWvEiiQesL

Why Web3 is critical:  Normally (Web2), none of these elements would be possible.  Traditional VC’s are highly centralized structures, with often oblique decision-making processes that eliminate many great platforms from ever getting off the ground.  This platform enables normal investors of all sizes to become part of the VC, generating capital for the projects they vote on, and sharing in the rewards when those platforms bear fruit.  And without a Web3-enabled wallet, users would not be able to connect, invest, and reap the high yields possible with a community-driven VC platform.

What it is:  NFTrade is a wide-ranging NFT marketplace, which opens the possibility for users to create a fully decentralized NFT, or decide to create an entire collection of NFTs for sale.  Once listed on the marketplace, users can attract buyers, conduct peer-to-peer transactions using Web3-driven wallets, and keep those assets in their own hands instead of having to delegate their custody to the platform.

Why Web3 is critical:  The platform relies heavily on the Web3 aspects of decentralization and smart contracts to empower anyone to build their own NFT, which is a complex process without the proper tools.  The average user can utilize the platform to create a unique digital asset, connect it to a smart contract, and make that asset available for sale on a fully decentralized platform that connects them to many other buyers/sellers around the world.

What it is:  Cryptoblades is an immersive, battle-style blockchain game where users can buy characters, weapons, and fight other players for real rewards.  The heroes and weapons they purchase are NFTs, and they are purchased using tokens in order to ensure a decentralized platform and marketplace.  When players sell assets for tokens, they can even stake the tokens to exercise DeFi style yields.

Why Web3 is critical:  As with the other two Dapps, Cryptoblades relies on its smart contract to manage the various players, their marketplace interactions, and token purchase/sale/stake actions.  Users have Web3 wallets in order to maintain protection and custody of their NFTs and tokens from the game, and certain gaming elements are recorded on-chain to ensure fairness and transparency despite the decentralized nature of the game.

Though Web3 and Dapps are all the buzz right now, it’s rewarding to see examples where they are hard at work supporting real platforms, real users, and real ecosystems.  Without Web3 none of this would be possible, and as Web3 matures, Avalanche and other blockchain ecosystems will continue to find use cases and support platforms that will bring further innovations leveraging Web3 on their dapps.