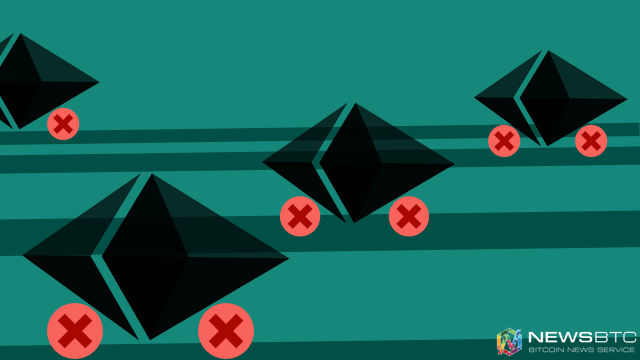 Ethereum has arguably become one of the world’s most popular technologies in 2016. Multi-billion dollar banks and the world’s most powerful financial establishments and technology firms have begun to adopt the Ethereum network to create smart contract enabled blockchain networks that they claim can be applied to nearly every industry today.

The result of the “Ethereum Hype” and its speculators’ overvaluation of the technology has allowed Ethereum to achieve a US$1 billion marketcap, becoming the first alternative cryptocurrency or “token” to do so after bitcoin.

However, many enthusiasts in the cryptocurrency community believes that Ethereum is hyped by its endorsers, primarily due to its abnormal growth and extreme volatility. In its peak, Ethereum surpassed the US$1 billion market cap. Then a few later, it plunged down to US$600 million.

Counterparty community director Chris DeRose explains that Ethereum can’t work because of simple reasons. First, the concept of smart contracts has been hyped for a fairly long period of time by the mainstream media. Startups are attempting to use the Ethereum network and other blockchain networks to implement smart contracts in banking systems, car sharing networks and other application. However, smart contracts, which in theory refers to data stored in transaction data on the blockchain are more expensive than conventional data storing methods. More importantly, banks’ model of a permission blockchain-based smart contract enabled application is very similar to a centralized server of data.

“Ethereum cant work,” explains DeRose. Be wary about endorsing this project, its 100% hype, with no substance. “No one needs smart contracts. And the overhead needed to support this chain will require a *lot* of need. I’ve spent a lot of time studying them. Do you want to give me a case when people need smart contracts? They are not cheap. They are enormously expensive. And there’s no counterparty risk in these applications thus far.”

Over the past few years, the Counterparty team has used the Bitcoin blockchain, which is more secure and robust than the Ethereum network, to build a financial protocol in which anyone can trade assets and purchase stocks on the secure blockchain network.

Although it is difficult to speculate whether Ethereum will decline or thrive over the next few months, it is almost certain that Ethereum will run into similar scaling problems as bitcoin in the next few years, if it obtains a user base of the size of the Bitcoin network.

Tags: bitcoinblockchainblockchain technologyChris DeRosecounterpartyethereum
Tweet123Share196ShareSend
BitStarz Player Lands $2,459,124 Record Win! Could you be next big winner? Win up to $1,000,000 in One Spin at CryptoSlots