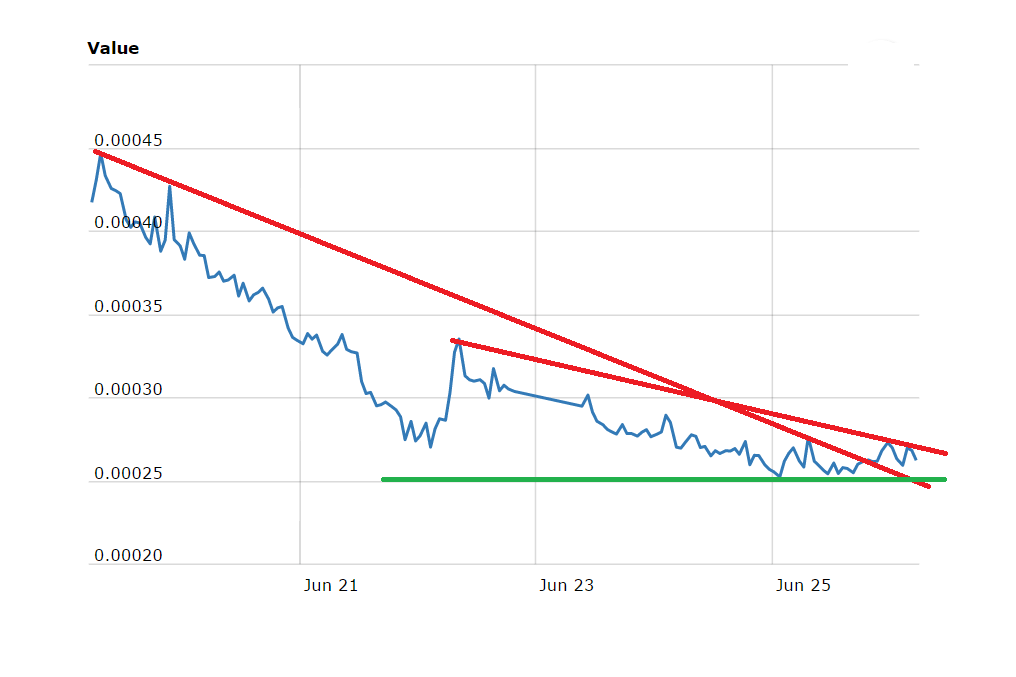 Creditbit price is declining and facing a lot of sellers against the US Dollar and Bitcoin, but CRB/BTC is now testing a major support area at 0.00025BTC.

It looks like there is no stopping sellers as Creditbit price faced further declines below 0.00040BTC against the Bitcoin. The price recovered a few points from 0.00030BTC, but the upside remained capped. The 23.6% Fib retracement level of the wave from the 0.00055BTC high to 0.00031BTC low acted as a resistance. The price resumed its decline and moved below the 0.00030BTC support.

The downside move somehow found support near 0.00025BTC where buyers protected further declines. There was an increase in selling pressure, but the 0.00025BTC is acting as a good buy zone. At the moment, the price is consolidating losses, and may attempt an upside move towards 0.00030BTC. It has cleared a bearish trend line at 0.00026BTC, but facing another hurdle. There is one more bearish trend line with resistance confluence near 0.00027BTC forming on the 7-day chart of CRB/BTC.

A break and close above 0.00028BTC is needed for the price to gather pace above 0.00030BTC. On the downside, the 0.00025BTC support may continue to prevent declines. Similarly, CRB is finding strong bids above $0.60 against the US Dollar and holding the bias nicely.

Hourly MACD – The MACD for the CRBIT/BTC pair is slowly recovering in the bullish slope.

Hourly RSI – The RSI for the CRBIT/BTC pair is well into the oversold readings.