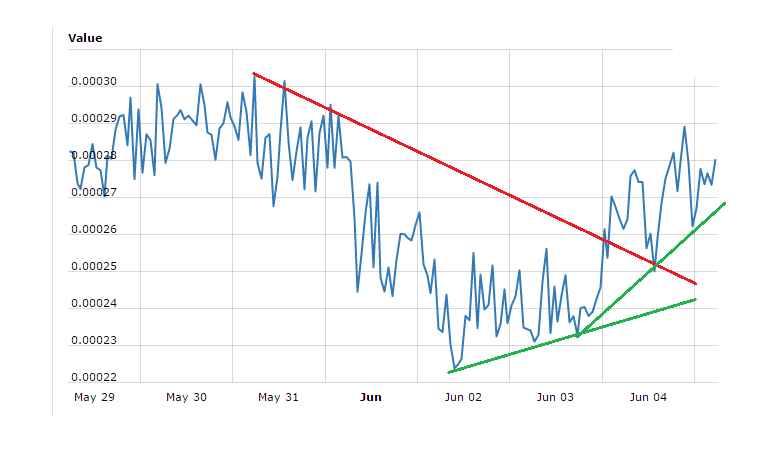 Creditbit price is showing positive signs against the US Dollar and Bitcoin. CRBIT/BTC has formed a decent support and now looking to break 0.00030BTC.

It looks like there is a recovery mode started in Creditbit price above 0.00025BTC against the Bitcoin in the short term. There were many attempts to break 0.00022-20BTC, but sellers failed to push the price below the stated levels. As a result, there was a support base formed at 0.00022BTC, and the price started an upside move. First, it broke the 23.6% Fib retracement level of the last decline from the 0.00030BTC to 0.00023BTC.

As long as the price is above the trend line support or 0.00025BTC, there can be more gains. Looking at Creditbit price against the US Dollar, there was a sharp rise above the $0.60 resistance. At present, the price is attempting a break above $0.70. Once there is a close above $0.70, it could ignite more rallies in the near term.

Hourly MACD – The MACD for the CRBIT/BTC pair is back in the bullish zone.

Hourly RSI – The RSI for the CRBIT/BTC pair is now above the 50 level.