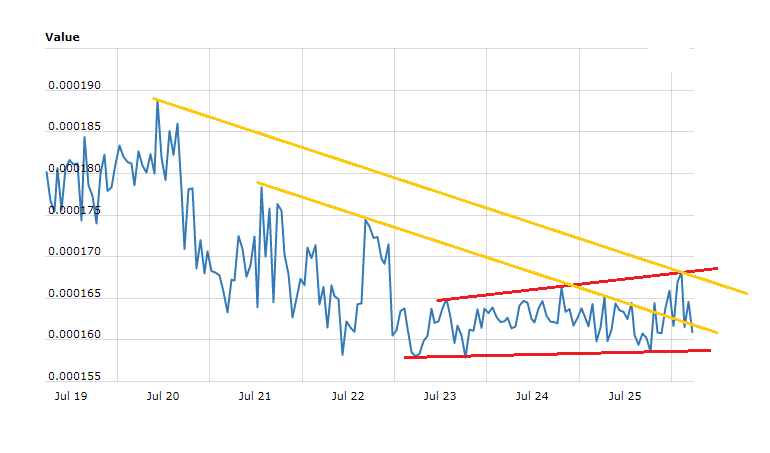 Creditbit price managed to avoid further declines against the US Dollar and Bitcoin, and now CRB/BTC is consolidating above the 0.00016BTC level.

There is a consolidation triangle pattern forming with resistance near 0.00017BTC on the 7-day chart of CRB/BTC. It might act as a catalyst for the next move either above 0.00017BTC or below 0.00016BTC. Recently, there was a break above two connecting bearish trend line at 0.000165BTC, which has increased chances of more gains. A break above the triangle resistance and the 23.6% Fib retracement level of the last decline from the 0.00020BTC high to 0.000156BTC low is needed.

Looking at the price of CRB to US Dollar, there is a base support forming above $0.40. However, there is no matching consolidation pattern and the price is mostly bearish below $0.50. A bounce back above $0.48 is needed for a recovery. On the downside, a break and close below $0.40 could ignite further declines in the near term towards $0.35.

Hourly MACD – The MACD for the CRBIT/BTC pair is mostly flat in the bearish zone.

Hourly RSI – The RSI for the CRBIT/BTC pair is currently nearing the oversold readings, but with no sign of a recovery.