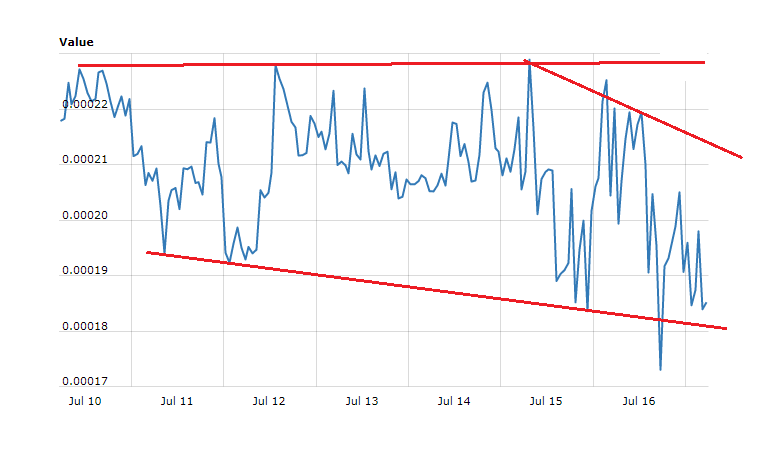 Creditbit price continued to face sellers against the US Dollar and Bitcoin, and now CRB/BTC is struggling to move back above the 0.00022BTC level.

There was a new low formed in Creditbit price below the 0.00018BTC level against the Bitcoin. The price seems to be struggling to gain momentum from the 0.00020BTC support. It moved down from the 0.00022BTC swing high and broke the last low of 0.00019BTC to trade below 0.00018BTC (monthly low). There is a declining path formed for CRB below 0.00022BTC, and its price is finding it hard to form a support for an upside move.

On the downside, the 0.00018BTC level is an initial support, followed by 0.00016BTC. CRB struggled against the US Dollar as well. There was a break below the $0.45 support and the price traded towards $0.32. There is a lot of pressure below $0.50, and the price might continue to decline in the short term.

Hourly MACD – The MACD for the CRBIT/BTC pair is placed in the bearish zone.

Hourly RSI – The RSI for the CRBIT/BTC pair is reaching oversold levels.