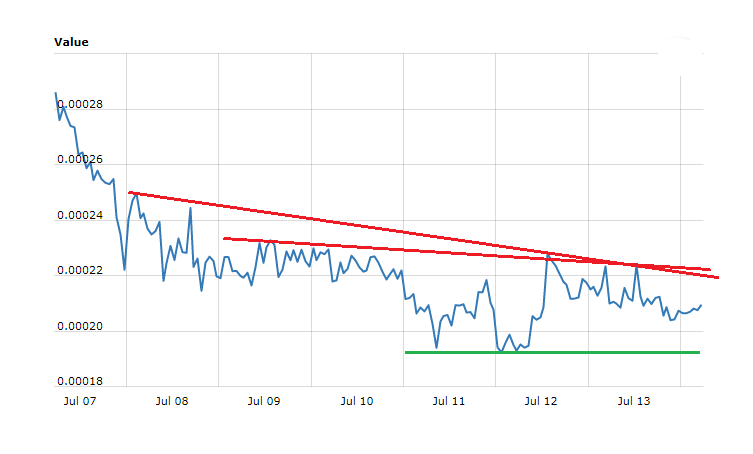 Creditbit price decline found support near major support levels against the US Dollar and Bitcoin, and now CRB/BTC is consolidating above the 0.00020BTC support.

In the last analysis, we saw a major decline in Creditbit price from the 0.00028BTC level against the Bitcoin. The decline was sharp as the price was able to break the 0.00022BTC and 0.00020BTC support levels. However, sellers failed to gain momentum below 0.00020BTC. As a result, the price started consolidating near 0.00020BTC and currently trading with a neutral bias.

Hourly MACD – The MACD for the CRBIT/BTC pair is currently flat.

Hourly RSI – The RSI for the CRBIT/BTC pair is neutral, but still below the 50 level.