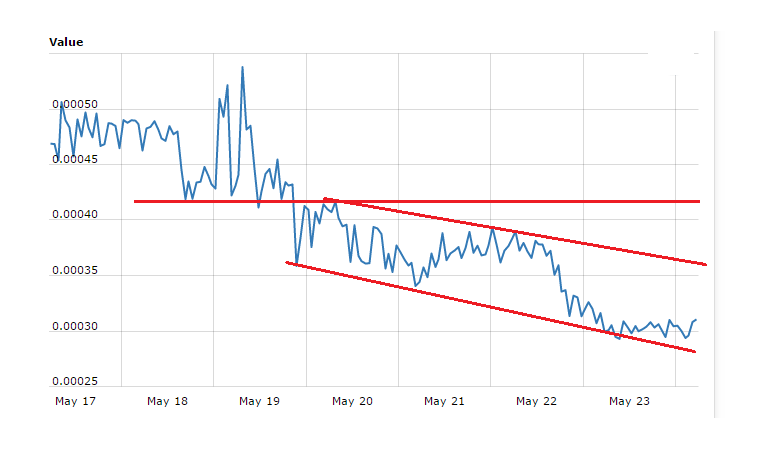 Creditbit price declined further against the US Dollar and Bitcoin. CRBIT/BTC broke the 0.00035BTC support and traded towards 0.00030BTC.

In the last analysis, I mentioned that Creditbit price remains under pressure below 0.00042BTC against the Bitcoin. The price attempted a minor recovery, but failed to close back above 0.00042BTC. Also, the 23.6% Fib retracement level of the last decline from the 0.00052BTC high to 0.000334BTC low acted as a resistance. The price after a minor correction started a downside move, and broke the 0.00035BTC support.

The most important resistance on the upside is around 0.00040-42BTC. The price may struggle to clear it for a move towards 0.00050BTC. Similarly, there were downsides versus the US Dollar, as the price fell towards $0.64. The $0.70 support was cleared, and a move towards $0.65 was initiated. On the upside, the $0.80 level is a major hurdle going forward.

Hourly MACD – The MACD for the CRBIT/BTC pair is well in the bearish zone.

Hourly RSI – The RSI for the CRBIT/BTC pair has reached the oversold readings.