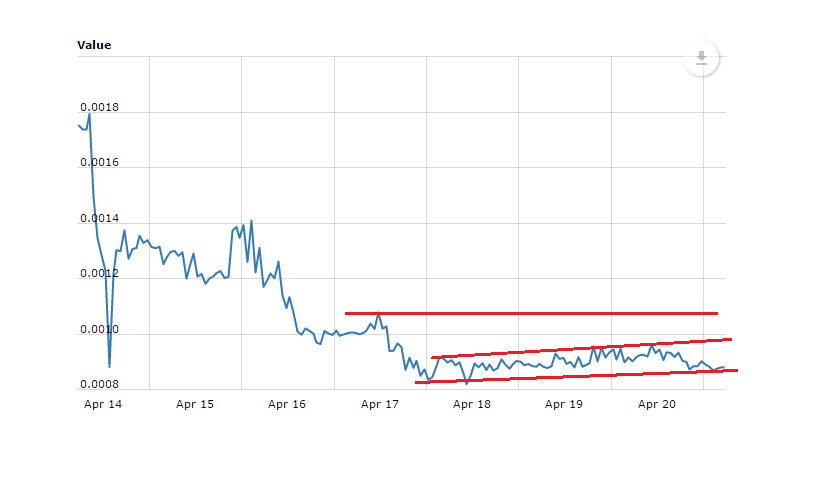 Creditbit price mostly traded in a range against the US Dollar and Bitcoin, and now CRBIT/BTC is forming a triangle pattern for the next move.

In the last analysis, we saw how there was a dip in Creditbit price towards 0.00080BTC against the Bitcoin. Later, the price found support and started trading in a range with resistance near 0.0010BTC. It looks like the price is currently under an extended correction phase with support above 0.00080BTC. On the upside, an initial resistance is around the 23.6% Fib retracement level of the last decline from the 0.00118BTC high to 0.00080BTC low.

However, the most important one is near the 0.0010BTC handle. There is also a crucial expanding triangle pattern with resistance at 0.0010BTC formed on the 7-day chart of CRBIT/BTC. It may act as a major barrier for the next move in the near term. The triangle resistance at 0.0010BTC is a pivot zone, and it won’t be easy for bulls to break it for the next move. If there is a break, then the next resistance could be near the 50% Fib retracement level of the last decline from the 0.00118BTC high to 0.00080BTC low.

On the downside, we must keep a close eye on the 0.00080BTC support. If there is a break below the triangle, there could be more declines towards 0.00070BTC.

Hourly MACD – The MACD for the CRBIT/BTC pair is currently moving in the bearish zone.