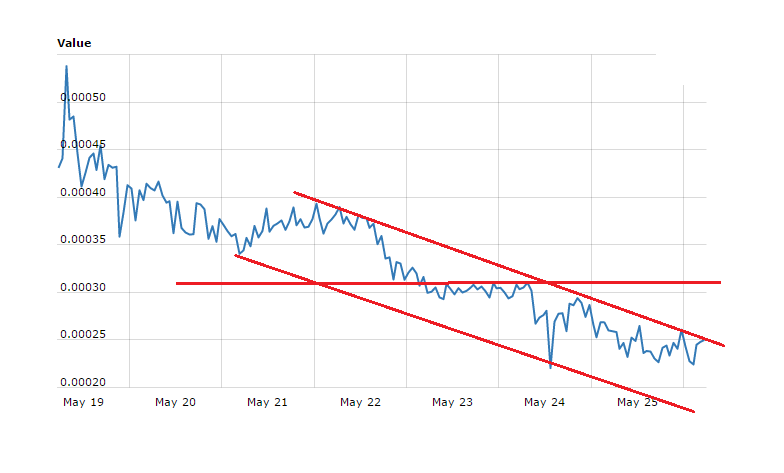 Creditbit price was under pressure due to rise in Bitcoin price. CRBIT/BTC traded below 0.00030BTC, and currently following a descending channel.

A new low was formed near 0.00022BTC where somehow the price found support. At the moment, the bearish pressure is not over as long as the price is below 0.00030BTC.  There is a major descending channel pattern formed with resistance at 0.00028BTC on the 7-day chart of CRBIT/BTC. It may continue to slide, and even test 0.00020BTC in the near term, which is a crucial support.

Hourly MACD – The MACD for the CRBIT/BTC pair is strongly placed in the bearish zone.

Hourly RSI – The RSI for the CRBIT/BTC pair is in the oversold readings with no sign of a correction.