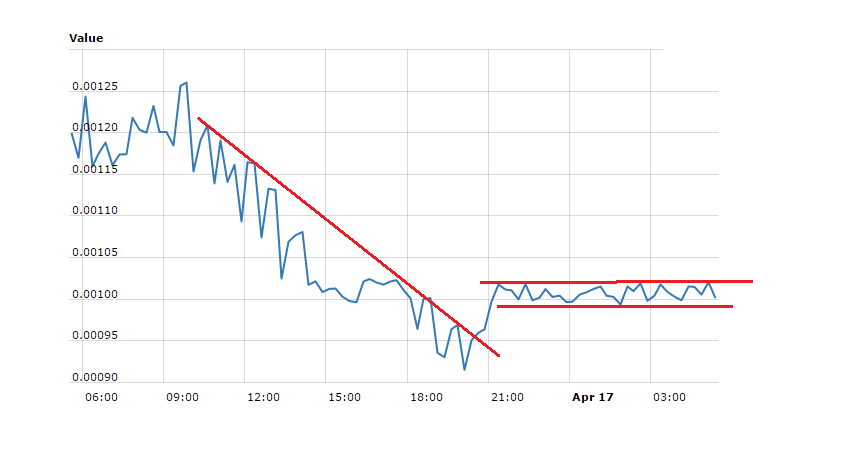 Creditbit price after declining from 0.00125BTC to 0.00091BTC found support against the Bitcoin, and now CRBIT/BTC is consolidating in a range.

This past week was interesting for Creditbit price, as there were swing moves towards 0.0013BTC against the Bitcoin. Later, the price found resistance and moved down sharply below 0.0012BTC. The downside was such that the price even moved below the 0.0010BTC. A new intraday low was formed just above the 0.00090BTC. The price weakened a lot, and currently attempting a short term recovery.

It has managed to correct a few points higher, and moved above the 0.0010BTC resistance. The price has also moved above the 23.6% Fib retracement level of the last decline from the 0.00125BTC high to 0.00091BTC low. Also, during the upside move, there was a break above a bearish trend line with resistance at 0.00095BTC on the 1-day chart of CRBIT/BTC. The price traded as high as 0.00102BTC, and again faced sellers. However, there was no downside move, and the price started trading in a range just around the 0.0010BTC level.

On the upside, the next major resistance is around the 38.2% Fib retracement level of the last decline from the 0.00125BTC high to 0.00091BTC low. We need to wait and see how long the price may consolidate around 0.0010BTC before deciding the next move.

Hourly MACD – The MACD for the CRBIT/BTC pair is still in the bearish zone.

Hourly RSI – The RSI for the CRBIT/BTC pair is just below the 50 level, but getting stable.