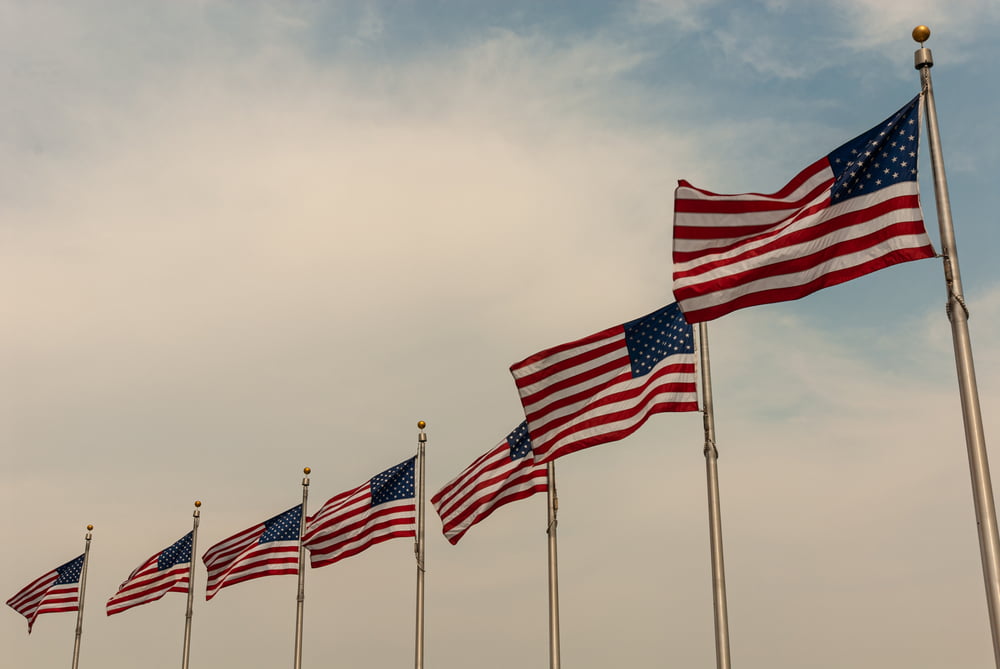 Crypto is set to benefit immensely over the coming years as the wheels begin falling off the fiat system. While stimulus efforts may have delayed the social and economic impact of the situation we face, it is becoming more apparent that kicking the can down the road only proliferates the problem.

A mass awakening to this is sweeping across the planet, as more people come to the realization that there is something deeply wrong with the current fiat system.

With that, the search for alternative ways to exchange value has crypto in contention. And while no-one currently knows all of the answers to the practicality of this scenario, based on the Venezuela example, it’s only a matter of time before fiat is littering US streets.

Businesses of all Size are Struggling

Small businesses account for half of the US GDP and employ 48% of US workers. But a recent survey conducted by LendingTree shows that optimism from small business owners is at a low.

As small businesses begin to re-open across the US, many small business owners are expressing reluctance to do so. The main reason given is is a lack of liquidity. This can only mean that the trillions printed so far have not found their way to where it is needed most.

“Approximately 46% of small business owners cite funding as the primary obstacle to reopening, and that once open, increased health and safety measures could further stifle sales.”

As devastating as that is for the US economy, big businesses as a whole aren’t fairing any better, especially those that operate in the travel and automobile sectors.

The biggest scalp to come undone recently is Hertz, which filed for bankruptcy protection in the US after it failed to meet a payment deadline with creditors. The 102-year car rental business relies heavily on revenue from airports, which has all but dried up as travel restrictions were enforced.

The knock-on effect is seeing a glut of cars flood the used sector, as Hertz desperately tries to liquidate assets.

With that, the Fed, and central banks around the world, are fast running out of options. One thing left to try is negative interest rates. Or in the case of the European Central Bank and Bank of Japan, further negative rates.

The theory holds that commercial banks would pay interest on the deposits they hold with the central bank. This, in turn, would encourage commercial banks to minimize those deposits by lending funds, and so economic activity is stimulated as borrowers spend.

Passing this down the line at a retail level means borrowers are paid to borrow money, but savers are penalized for being prudent.

As backward as that sounds, President Trump is all in with this idea. He recently tweeted his approval of negative rates by calling it a “gift.”

As much as crypto folk like to bash Peter Schiff for his anti-Bitcoin stance, his response on this matter makes total sense. In reply to Trump, he raised the point of this being a short term fix by saying:

“Negative rates are not a gift. They are a transfer of wealth from savers to debtors. But the inflation created to make negative rates possible will hurt wage earners too, plus the overall economy will be less productive and living standards will be lower as a result.“

Crypto Can Capitalize From the Madness

The operative word here is backward. Such has been the absurdity of economic policies to date that we now potentially find ourselves in a situation where savers pay banks for the privilege of holding their money.

Notwithstanding the inflationary element of over stimulus, the real question is where do savers turn in the event of negative rates? And the answer is towards a truer free market in crypto.

The interest rates on crypto saving accounts are based on market prices, determined by individual lending platforms. When demand is high and supply is low, interest rates go up. Many accounts are available, with AAVE paying up to 11.83% on deposits.

But before we celebrate this victory over the fiat system, there are some sticking points that need to be overcome.

For one, laypeople are still hugely skeptical of crypto, and for good reason too. However, as the system implodes the search for alternatives becomes a naturally occurring phenomenon. The only thing we need to do is wait for market forces to do their thing.

Tags: btcusdBTCUSDTcryptoxbtusd
Tweet123Share211ShareSend
Win up to $1,000,000 in One Spin at CryptoSlots