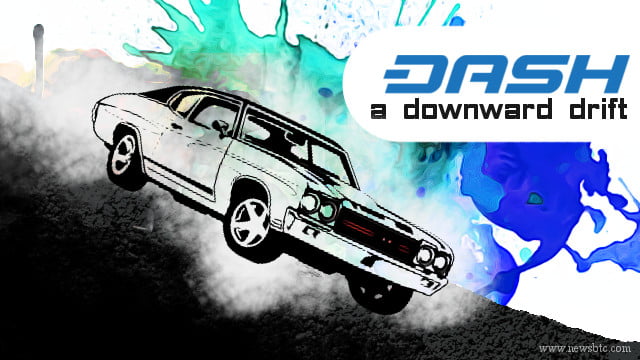 Dash price failed to move below 0.0115BTC and recovered a bit, signaling that it won’t be easy for sellers to take it lower.

We were anticipating a break lower below 0.0116BTC, which did happen, but the downside move post break was limited. The price moved close to 0.0115BTC, stopped and recovered to trade back higher. There is an important bullish pattern formed on the hourly chart, i.e. a bullish outside bar, signaling that buyers are stepping in. However, there are many hurdles on the way up for them.

First, the Middle Bollinger Band is coinciding with a bearish trend line on the hourly chart, which recently stalled the upside move. It is also sitting around the 23.6% Fib retracement level of the last drop from the 0.0125BTC high to 0.0115BTC low. Second, just above the 23.6% Fib level lies the 100 hourly simple moving average, which is around 38.2% Fib level. Lastly, the all-important 0.0120BTC resistance area might come into play if the price continues to move higher from the current levels.

On the downside, 0.0115BTC can be seen as a pivot area, as a break below the same might pave the way for a test of 0.0112BTC. The hourly RSI is below the 50 level, which is a bearish signal as of writing and buyers need to be very careful moving ahead.

Overall, if the first bearish trend line is broken, it might release some bearish pressure and call for more gains.