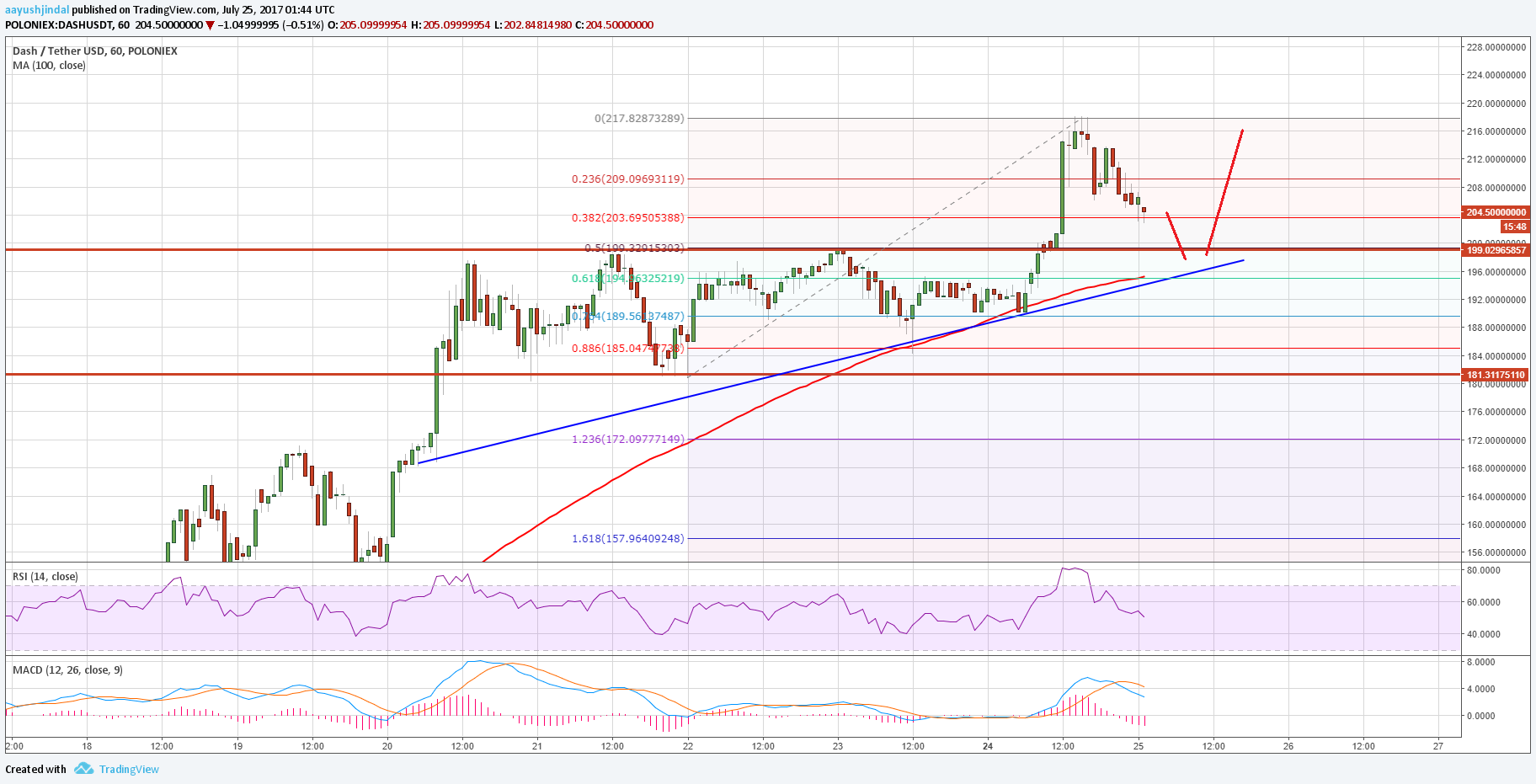 Dash price (DigitalCash) gained bullish momentum against the US Dollar and Bitcoin, and now DASH/USD can be seen as a buy on dips near $195.

In the past few analysis, we discussed about positive moves in Dash price above $150 against the US Dollar. The price remained in a bullish trend and was able to break a major resistance at $165 and $180. The price gained traction and traded above the $200 level for a new monthly high near $217.82. Later, it faced offers and started correcting lower towards the $200 handle. So, we can consider $195-198 zone as a crucial support in the short term. If the price continues to move down, the $198 support might be seen as a buy zone.

Hourly MACD – The MACD for DASH/USD is currently in the bearish zone.

Hourly RSI – The RSI for DASH/USD is currently moving lower, but remains above the 50 level.