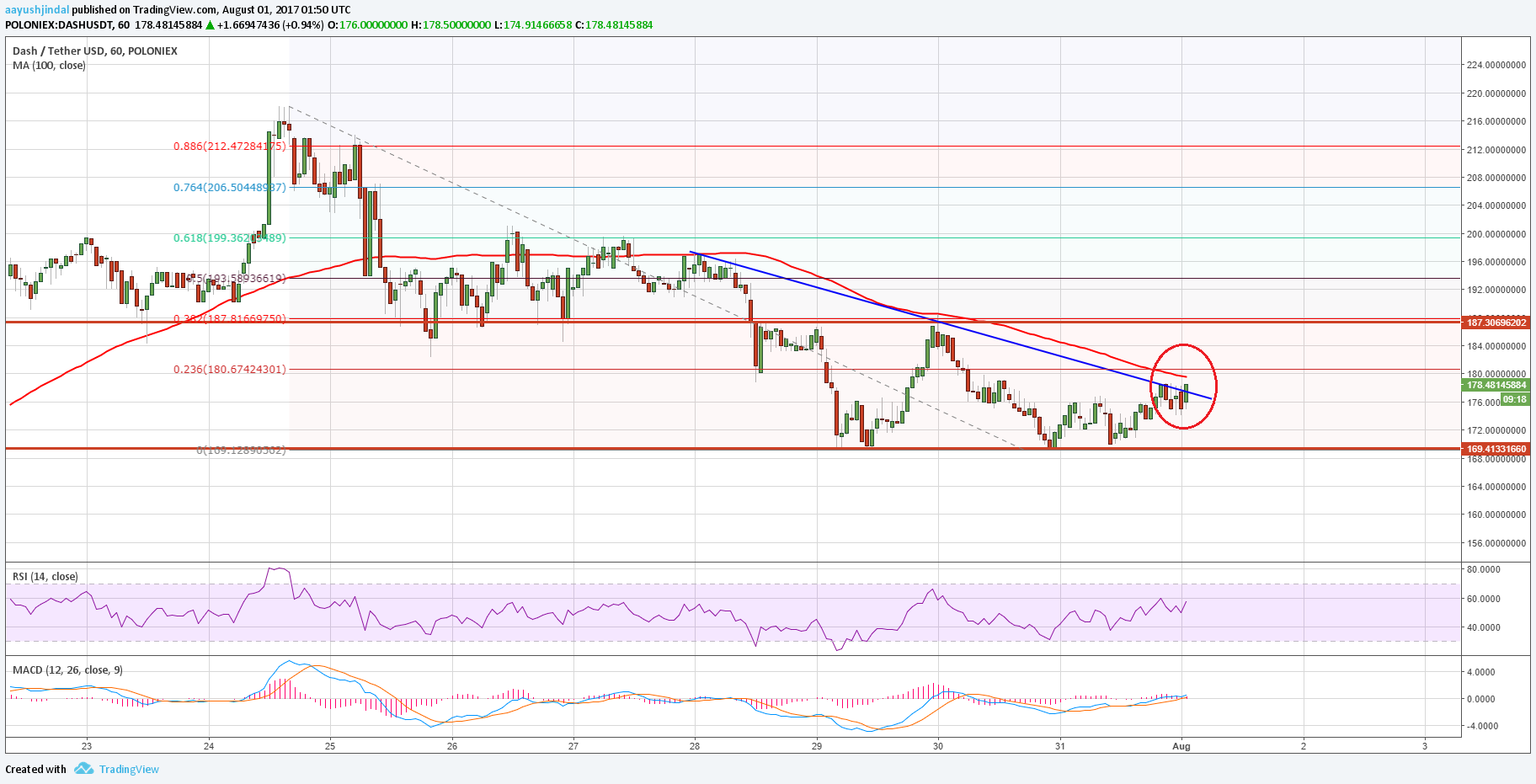 Dash price (DigitalCash) is slowly moving higher against the US Dollar and Bitcoin, and now DASH/USD faces a tough test near $180.

Recently, there was a decline below $180 in Dash price against the US Dollar. The price even traded below the $170 level and formed a low at $169. Later, a recovery wave was initiated, and the price was able to move back above the $175 level. However, the same broken support at $180 is currently acting as a barrier for buyers. There is also a short-term bearish trend line forming with resistance at $180 on the hourly chart of DASH/USD. Hourly MACD – The MACD for DASH/USD is slowly moving in the bullish zone.