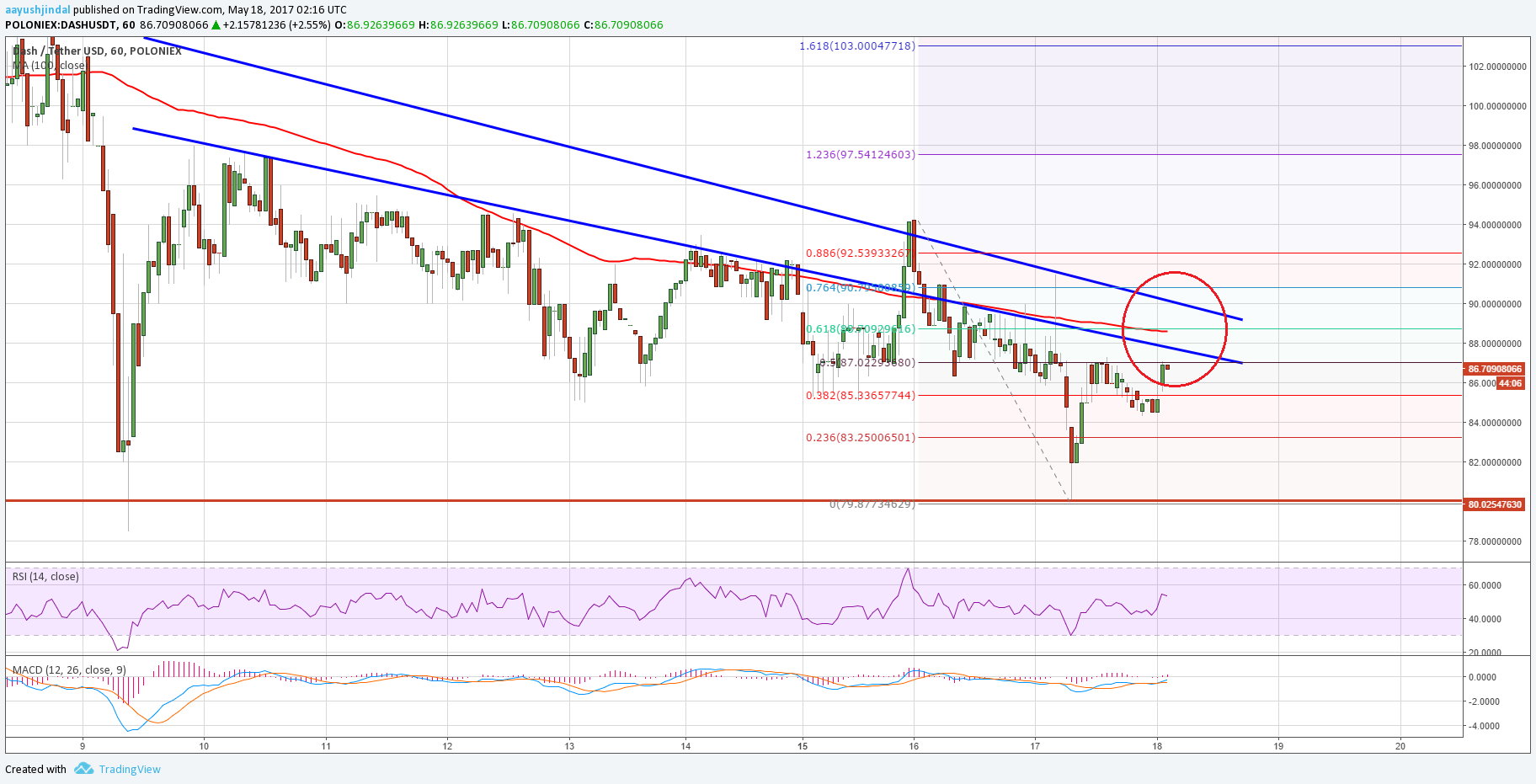 Dash price (DigitalCash) failed once again to trade higher against the US Dollar and Bitcoin, and it looks like DASH/USD lacks bullish momentum.

There was a decent rise in Dash price earlier this week towards $94 against the US Dollar, but later it was suppressed. The price failed to gain momentum and started a downside move below $90. The move was such that the price even broke the $85 support area. A new intraday low was formed just below $80 at $79.87 where buyers appeared. A recovery has started, and the price has moved above the 23.6% Fib retracement level of the last decline from the $94 high to $80 low.

At the moment, the price is approaching a crucial resistance around $90. There are two important bearish trend lines with resistance near $88-90 formed on the hourly chart of DASH/USD. These trend lines coincide with the 100 hourly simple moving average at $89. Moreover, the 61.8% % Fib retracement level of the last decline from the $94 high to $80 low is also around $90.

So, it won’t be easy for buyers to break $90 for further gains as long as there is no momentum. Only a H4 close above $90 may call for more gains, else the price may continue to struggle.

Hourly MACD – The MACD for DASH/USD is almost flat with no momentum.

Hourly RSI – The RSI for DASH/USD is just above the 50 level, and heading higher.