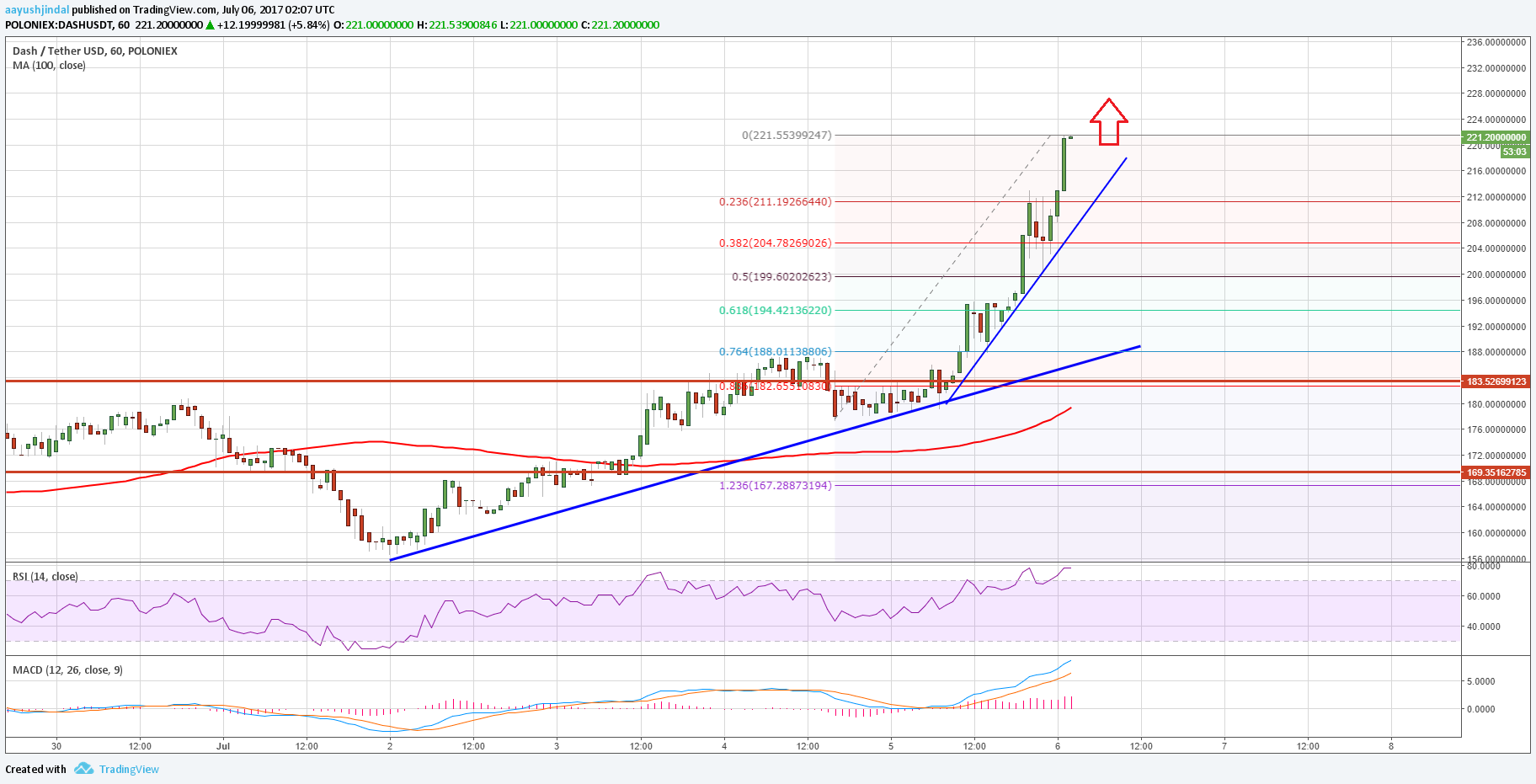 Dash price (DigitalCash) is rocketing higher against the US Dollar and Bitcoin, and now DASH/USD is well above a key resistance levels like $200.

There was a sharp buying interest for Dash, which took its price above a major resistance of $200 against the US Dollar. Dash also performed a lot better than Bitcoin and gained more than 10% versus BTC. It seems like Dash outpaced the bearish sentiment since there was a close above $200 in DASH/USD. In the last analysis, I mentioned that buying with a break above $185 might be considered. It did play very well, as a break above $185 took the price above $200.

The price is trading with a lot of bullish strength at the moment and recently traded as high as $221. There are two bullish trend lines formed with supports as $210 and $190 on the hourly chart of DASH/USD. The first trend line also coincides with the 23.6% Fib retracement level of the last wave from the $177 low to $221 high. There is hardly any sign of a major correction at present, which means the price could easily break $221. The next stop is around the $228-230 levels. Any further gains might even call for a run towards the $250 level in the near term.

Hourly MACD – The MACD for DASH/USD is well in the bullish zone.

Hourly RSI – The RSI for DASH/USD has reached overbought levels.