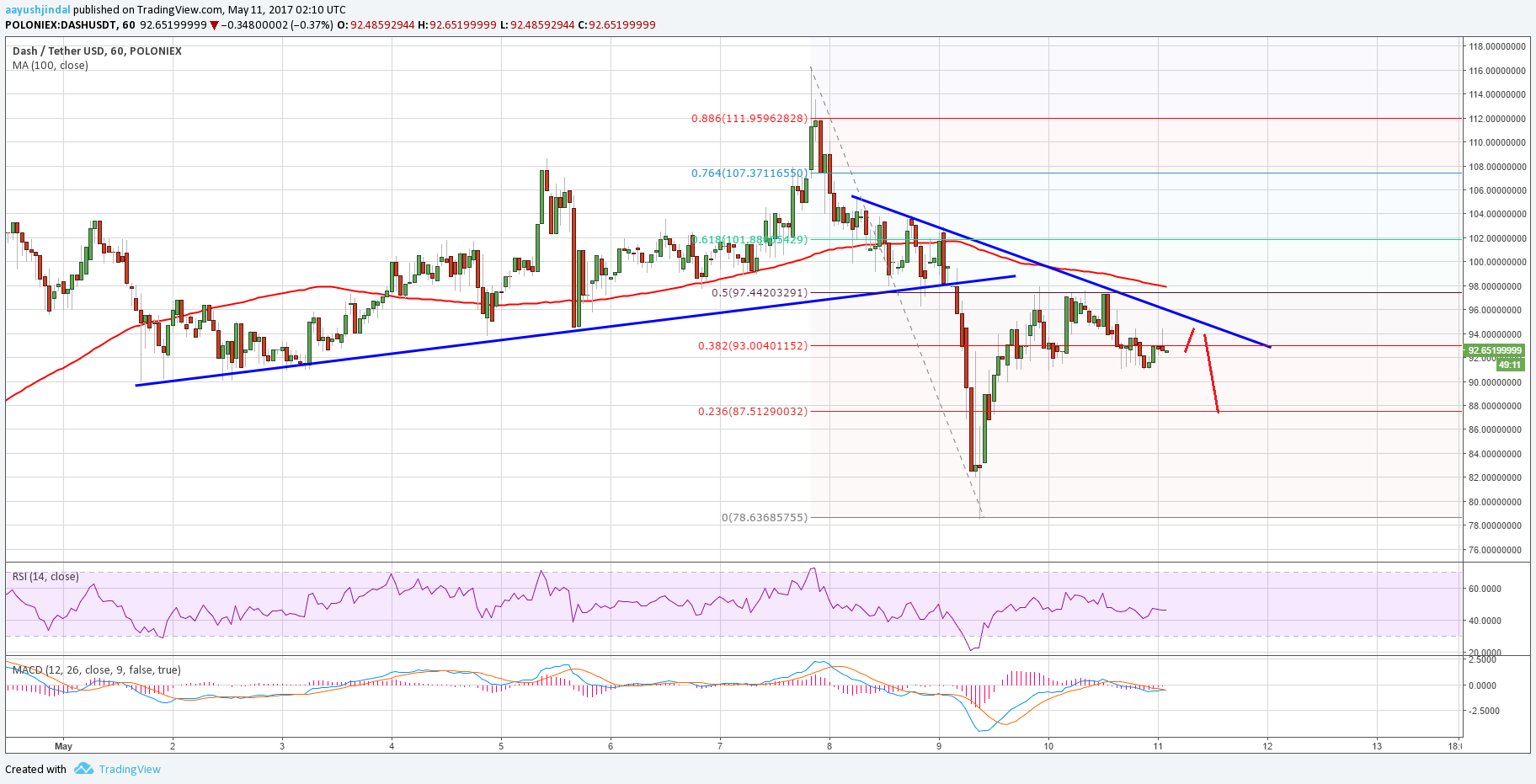 Dash price (DigitalCash) corrected higher after a decline against the US Dollar and Bitcoin, and DASH/USD may now resume its downtrend back towards $85.

In the last analysis, we saw a major support near $98 in Dash price against the US Dollar. The price held the mentioned support very well and spiked above $110. It traded towards $115-116 where it faced resistance and moved down sharply. The downside move was very sharp, as the price broke the $100 support. There was also a move below a crucial support trend line at $98 on the hourly chart of DASH/USD to ignite a downside wave.

The pair declined heavily and traded towards the $78 level to form a low at $78.63. Later, a recovery was started, and the price crawled back above the 23.6% Fib retracement level of the last decline from the $116 high to $78 low. However, the price could not over sellers near $98. The level which was a support earlier acted as a resistance and prevented gains above $100. Hourly MACD – The MACD for DASH/USD is still in the bearish zone.

Hourly RSI – The RSI for DASH/USD is now below the 50 level with no sign of a move higher.