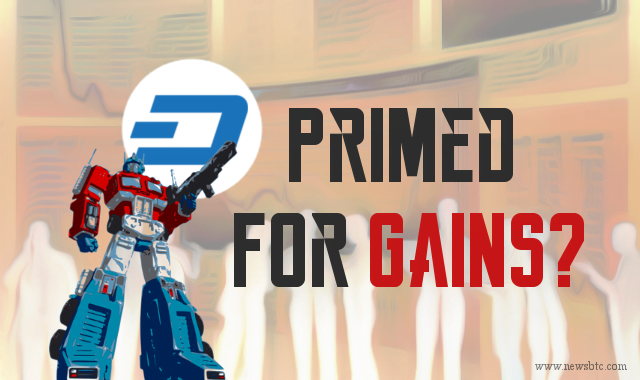 Dash climbing higher was encouraging, but it is facing many barriers on the upside where buyers might resist in the near term.

As mentioned Dash prices moved higher, and one of the main reasons was the 0.012BTC support area. However, there is a crucial resistance trend line formed on the hourly chart where prices stalled recently at 0.0127BTC. Prices are well above the 7 and 21 simple moving averages, which is an encouraging sign for buyers, but we cannot deny that sellers are putting a fight around the recent high of 0.0127BTC.

Furthermore, if sellers manage to take control, then the last barrier could be around the 76.4% Fib retracement level. There is also a bullish trend line formed on the hourly chart, which is aligned perfectly with the stated Fib level. We need to see how buyers react if it reaches around 0.012BTC.

The hourly MACD is sitting nicely in the bullish territory with no sign of changing slope. Volumes are not encouraging, but there are chances of Dash moving higher after a mild correction.

We can conclude that as long as prices stay above the most important support of 0.012BTC, it might continue to head higher and even clear the bearish trend line.

Tags: DashDash Weekly AnalysisGains likely in DashPrices to correct
Tweet123Share196ShareSend
Win up to $1,000,000 in One Spin at CryptoSlots