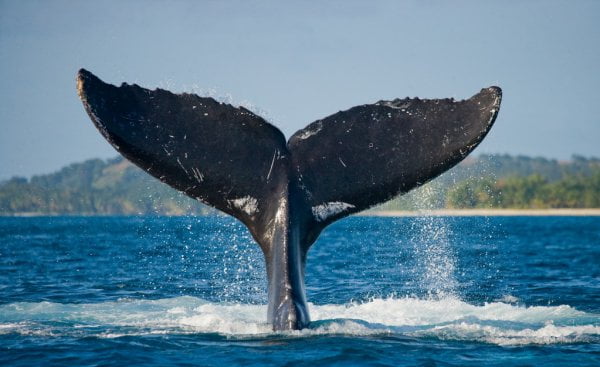 Data Shows Whales Are Loading Up On Bitcoin, But Why?

Bitcoin price is falling and the market is already fearful of a repeat of Black Thursday. But if massive “high net worth” whales have anything to say about it, another such plummet is extremely improbable. Why? Because since that day, these same whales have amassed a substantial amount of the BTC supply.

But what is the reason behind this sudden trend? Was it due to Bitcoin’s now-past halving, or is there something else going on behind the scenes, where high wealth individuals are buying it as an insurance policy against the unknown?

Can The Wildly Volatile Cryptocurrency Really Protect Wealth In Some Way?

Savvy investors and the crypto-blind have long positioned Bitcoin as a hedge against the dollar, stocks, and nearly every situation imaginable. “Bitcoin solves this” has become a meme as a result.

Truly becoming a hedge is the one thing Bitcoin can’t seem to solve, chiefly due to the asset’s wild price volatility. It is difficult to claim any asset is a hedge when it crashes by $2,000 in a single 48-hour period.

Its why stock market investors have laughed it off as an anti-correlated asset to hedge a portfolio with. The sudden close correlation between the cryptocurrency and major stock indices like the S&P 500 has only further harmed that edge the asset once had going for it.

Instead, the narrative has since again shifted toward inflation and Bitcoin’s use as a hedge against a declining dollar. The digital currency has also seen a close correlation with gold, which itself is used as a safe haven for investors.

Gold isn’t just a safe haven due to its use as a hedge against the dollar, its private ownership over a physical good keeps it out of the government’s reach. Bitcoin does this a lot better, however.

And it is for all of the reasons and more that high net worth whales are more often considering Bitcoin as a hedge against just about everything.

Many look at the BTC price and doubt it's a hedge. High net worth individuals and funds certainly consider it to be true and betting on that with real money.

Since this latest round of USD money supply expansion, whales entities have increased their holdings of BTC markedly. pic.twitter.com/O1H6L41wXp

But while small-time fish are too scared to swim in the shark-filled waters of 2020, whales are soaking up all the BTC supply they can, starting with Black Thursday.

The butterfly effect of that day will be felt for decades to come. Money supply pumping into markets to save the world from economic collapse has only prompted investors to look more closely at Bitcoin as a hedge against inflation.

The spark also set off a series of events leading to political unrest, violence, protest, looting, and a United States in complete turmoil with just months to go before the country’s most pivotal election.

And while all of this certainly comes with significant risk, Bitcoin was recently called an insurance policy against uncertainty and the unknown. Such unknowns include a world where governments further control citizens through monetary policy.

Investors aren’t having it, and are moving their money into Bitcoin slowly but surely. Data shows that the amount of the BTC supply controlled by whales has only increased further since Black Thursday

Not all of these whales are just high net worth individuals only, but also firms like MicroStrategy that recently disclosed a 21,000 BTC purchase to the SEC. The Nasdaq-listed company was the first of what will likely become many to add the asset to its company treasury. The bold approach is risky, but could as has been repeatedly said, could end up acting as a reasonable hedge in the face of the uncertainty to come.

Avalanche (AVAX) Shows Optimism But Is This A Price Reversal?