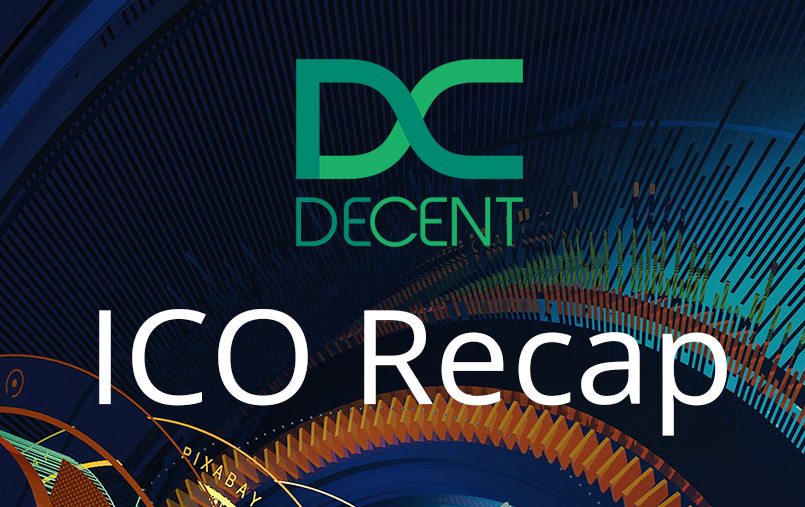 DECENT, the blockchain-based content distribution platform, began its ICO on a successful note. The much-anticipated crowdsale raised around $2.4 million in Bitcoin only a day into its launch, and over 5,176 BTC (~$3 million USD) so far.

Launched on September 11, 2016, at 13:00 GMT, DECENT raised a total of 3,742 BTC within just 10 hours. Those participating in the ICO during this time received a huge 50% bonus in accordance with the predefined roadmap; it included a 10% bonus for the first week, with further price increases as the 8-week crowdsale goes on.

Matej Boda, the founder of DECENT Network, expressed his satisfaction with the results. Thanking the community, he stated on their blog:

“Thanks to our entire community, we have made a huge step towards achieving our goal to revolutionize digital content distribution processes worldwide. During the first day of [the] DECENT ICO, we raised an incredible amount of more than 4,000 BTC. We want to say ‘thank you’ to every single one of our supporters. Your trust is what keeps us pushing forward in following and accomplishing DECENT Network milestones.”

The success of DECENT’s ICO has also helped them gain more ground in China, and they are now part of a Shanghai-based JadeValue FinTech V.2 Incubator. In joining the program, DECENT has also opened a new office in China, which will further help DECENT cater to Chinese content creators and consumers.

This is crucial, as decentralized content distribution is particularly suited to such regions. Not only does removing the middleman reduce fees, but censorship becomes impossible. The ability to remain pseudonymous can also protect those who advocate for free speech from retribution.

These features of the DECENT protocol are already being put into its latest blogging platform, which is quite similar to Medium. It is a user-friendly platform that allows bloggers to publish their content with a price tag (or not). Whenever a reader subscribes to the content, the owner will receive all of the proceeds directly into his or her account.

These developments are just a small part of the platform’s big plans, and they have come within a time span of 10 days since the ICO was launched. With more ground-breaking things in store, the ongoing DECENT crowdsale could be an ideal investment opportunity for the cryptocurrency community and beyond.