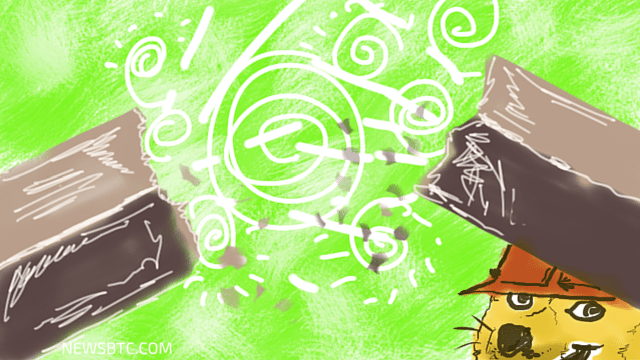 Dogecoin price could be in for more gains, as it made a convincing breakout from the descending trend line connecting its latest highs.

Technical indicators have yet to confirm the dogecoin price rally since the 100 SMA remains below the 200 SMA for now. This suggests that the breakout might just be a major correction from the previous slide.

Also, RSI is already in the overbought area, which means that buyers might already be exhausted. Stochastic is still pointing up, though, so buying pressure could stay in play.

Further dogecoin price gains past the 50 Satoshis barrier could provide additional confirmation that a long-term uptrend is underway. However, a move back below the 45 Satoshis level and trend line could show that the breakout was a false one.

For now it looks like the 200 SMA is still holding as a dynamic barrier, as it had done so in the past. Reversal candlesticks around the current levels could signal a move lower while a long green candle past the 50 Satoshis level could support an uptrend.

Tags: Dogecoindogecoin pricedogecoin technical analysisDogecoin trading
Tweet123Share196ShareSend
Win up to $1,000,000 in One Spin at CryptoSlots