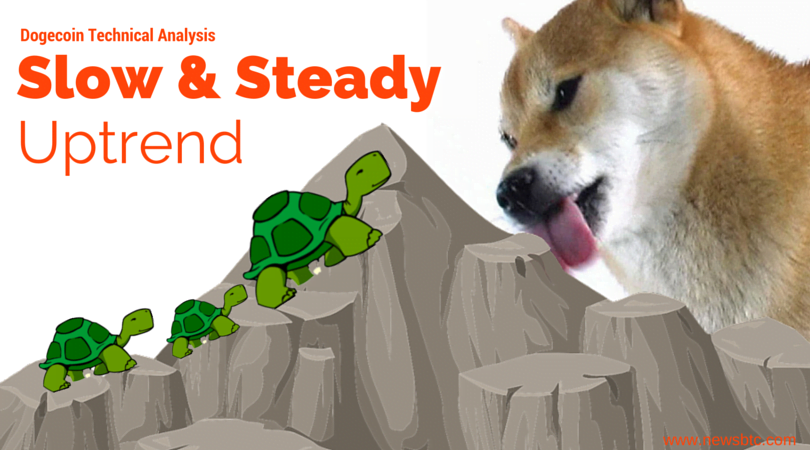 The hourly chart of Dogecoin suggests that it is in an uptrend and might continue to trade higher if buyers manage to clear 51.6 Satoshis. There was a major resistance around 50.0, as highlighted in one of the recent technical analyses. Buyers managed to clear the mentioned resistance area, but the move higher was not convincing. There was a consolidation pattern formed on the hourly time frame before prices traded higher. Now, the price is again trading in a small range with a massive resistance around 51.6 Satoshis.

There is a minor divergence forming on the hourly MACD of Dogecoin, which points that the price might correct a bit lower from the current levels. However, it might find support around the 100 simple moving average. There is also a critical support formed around 46.7 Satoshis, which was a resistance earlier and now acting as a support for buyers.

It is likely that prices move slightly lower to test 46.7 Satoshis where buyers might come into action and prevent the downsides moving ahead. If sellers succeed in taking prices below the mentioned support area, then Dogecoin could head towards 42.0 Satoshis.

The hourly RSI is around the 50 level, which is a positive sign for buyers, but it is also forming a divergence. Let us see how Dogecoin trades moving ahead, as there is a tug of war under way between sellers and buyers.

Overall, as long as the price is above the 100 hourly SMA, Dogecoin remains a buy in the short term.