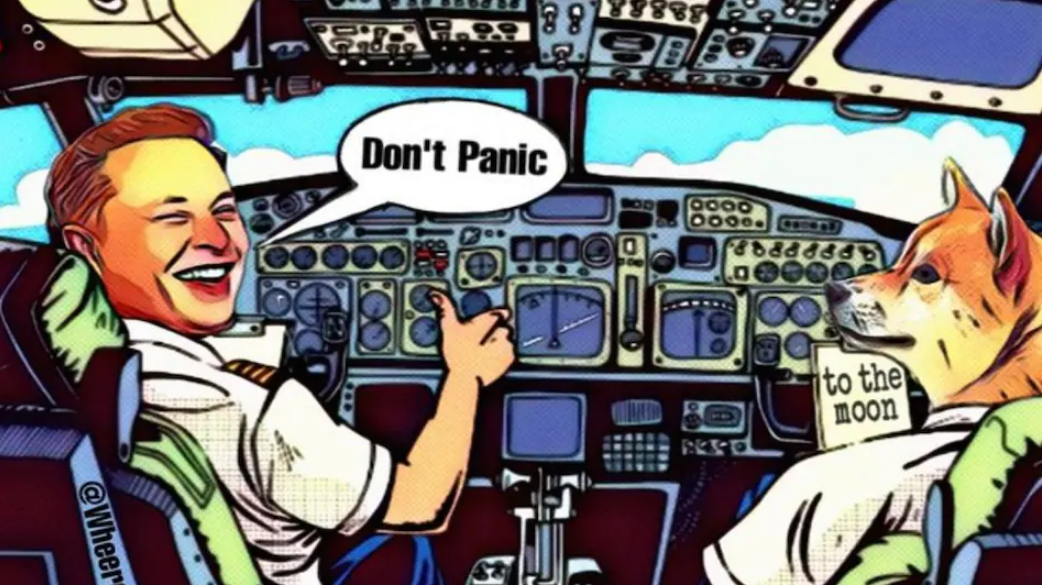 Dogecoin, one of the most popular parody coins in the crypto market, is on a tear today. The crypto was up 13% at the time of publication. The move comes as Tesla CEO Elon Musk repeated his support for cryptocurrency on Tuesday at the Qatar Economic Forum in Doha.

Musk stated at the Qatar Economic Forum that he buys and backs it because people “who are not that wealthy” have requested him to, according to Bloomberg News.

Dogecoin Gets Some Love From Musk

Musk remarked during the forum in an interview with Bloomberg News Editor-in-Chief John Micklethwait:

“I just know a lot of people who are not that wealthy who have encouraged me to buy and support Dogecoin. I’m responding to those people.”

The coin began as a joke in 2013, but quickly grew into a major cryptocurrency thanks to a committed community and inventive memes.

Dogecoin is vulnerable to devaluation since there is no restriction on the number of DOGE units that may be created, unlike other cryptos.

Musk also stated that his staff had requested that he promote the coin. “They urged me to endorse Dogecoin, and I am,” the billionaire explained.

In addition to Dogecoin, the SpaceX founder has indicated support for other cryptocurrencies. Musk said in October that he owns Bitcoin, Ether, and DOGE.

Dogecoin frequently varies in response to Musk’s comments on it. On Monday, it rose 8.5 percent in a 24-hour period from near-record lows after the CEO stated that he will continue to promote and buy the meme token in the face of a large cryptocurrency sell-off.

The dog-themed currency plummeted in May of last year after Musk called it a “hustle” on Saturday Night Live.

Musk has recently stated that Dogecoin might compete with Bitcoin and be used for payments. Tesla stated in January that it would begin accepting Dogecoin payments for some products, implying that more could be added “down the line.”

Musk was sued for $258 billion last week by a Dogecoin investor who claimed the tycoon was involved in a “pyramid scheme through pushing Dogecoin cryptocurrency.”

Meanwhile, Musk intimated last week that if his attempt to buy Twitter is successful, cryptocurrency payments will be integrated into the platform.

Tags: cryptodogeDogecoinelon muskmeme coin
Tweet123Share196ShareSend
Win up to $1,000,000 in One Spin at CryptoSlots