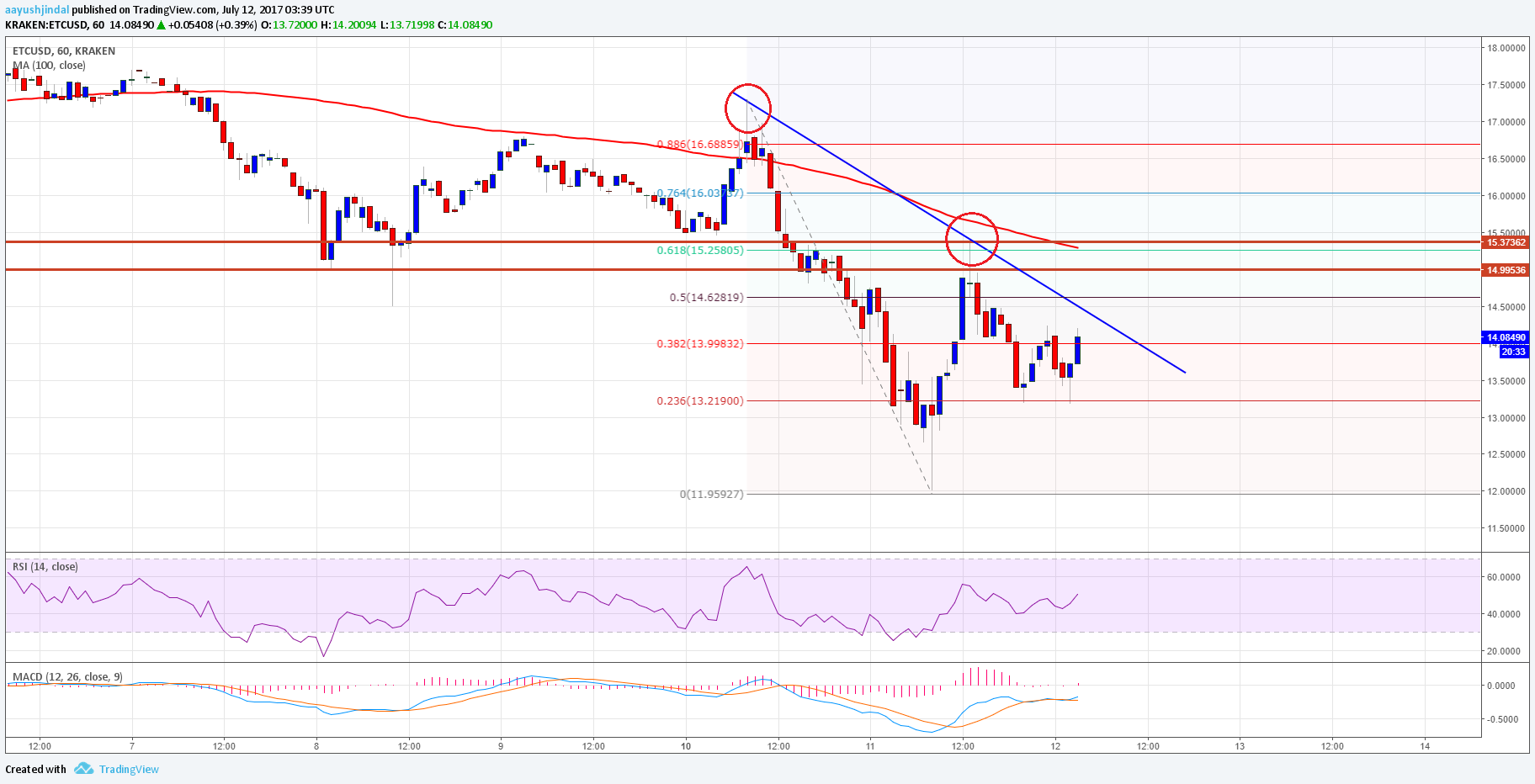 Ethereum classic price followed ETH’s declining path versus the Bitcoin, and ETC/USD is currently facing a tough barrier near $15.00.

This week turned out to be super bearish for ETC price as it moved below a major support area of $15.00 against the US Dollar. The downside move was sharp, as the price declined towards $12.00 and traded as low as $11.95. It seems like the recent pressure on ETH/USD and BTC/USD has ignited declines in ETC as well. The price started a correction from the $12.00 swing low. It traded above the 38.2% Fib retracement level of the last decline from the decline from the $17.25 high to $11.95 low.

However, the upside move was protected by the $15.0 pivot. It also coincided with the 61.8% Fib retracement level of the last decline from the decline from the $17.25 high to $11.95 low. On the upside, there is major bearish trend line with resistance at $14.50 formed on the hourly chart of ETC/USD. Even if the price trades above the trend line resistance, it faces a major barrier near $15.00. The stated level might continue to prevent gains above $15.50. Furthermore, the 100 hourly simple moving average is also waiting near $15.25 to act as a resistance. Overall, there are many hurdles near $15.00 and it won’t be easy for buyers to break it. On the downside, the $12.00 level is a major weekly support.

Hourly MACD – The MACD is attempting a recovery.

Hourly RSI – The RSI is currently moving higher, but remains below the 50 level.