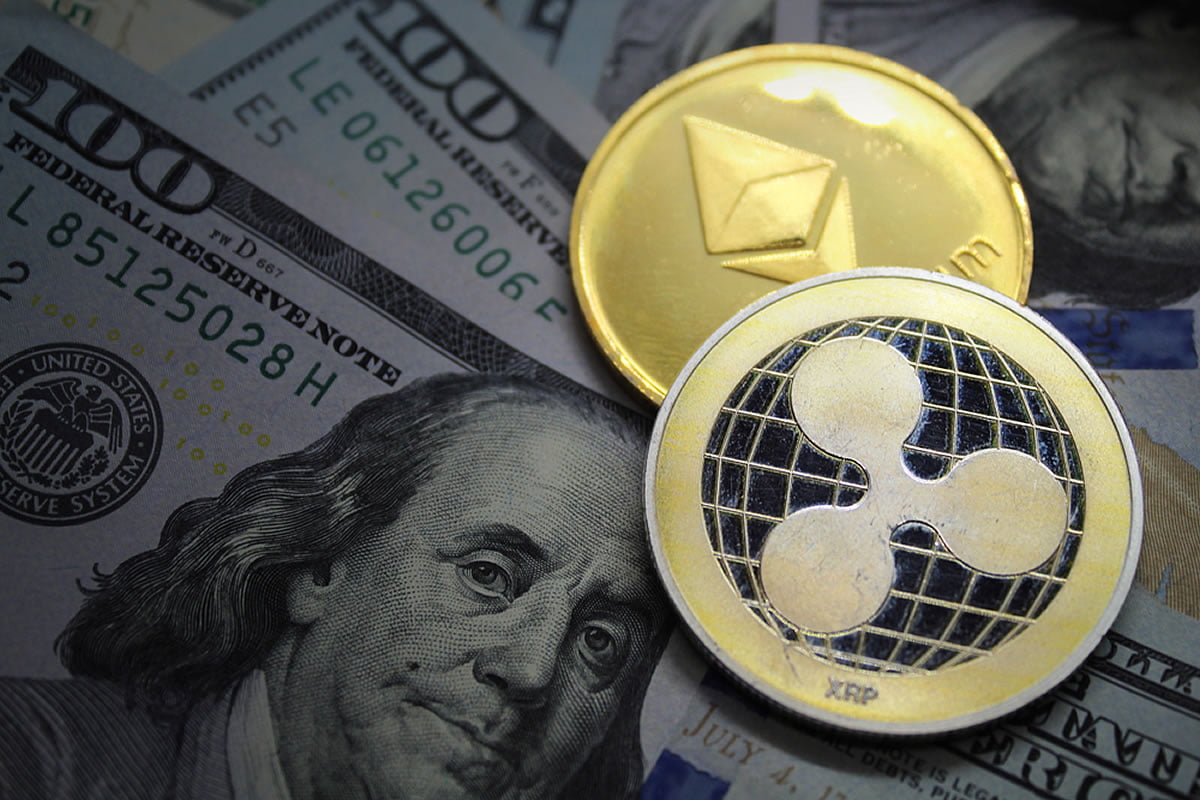 The recent market volatility has resulted in constant shifting of the order of the top ten cryptocurrencies by market capitalization. Naturally Bitcoin remains at the head of the digital table but the battle for second place is heating up again.

Ethereum’s recent recovery has outpaced that of XRP enabling it to close the gap on second place. By late November Ethereum had plunged so far that Ripple’s XRP surpassed it as the second largest cryptocurrency by market capitalization.

XRP increased that gap over the following six weeks as Ethereum fell even further hitting an 18 month low of $85 on December 15. At its greatest the difference between the two crypto assets was over $3 billion market cap when Ethereum dropped below $10 billion.

Since that low ETH has recovered almost 60% to its current level around $135. XRP in comparison has only made 28% back from its mid-December low of $0.283. Despite making more fintech partnerships and expanding RippleNet, XRP has not been able to match Ethereum’s recovery rate and the gap is closing.

At the time of writing the difference between the two cryptocurrencies was $750 million market cap. XRP has lost 3% on the day whereas Ethereum is only down 1%.

Further down the chart Tron has managed to hold tenth spot and is challenging for ninth. Cardano has dropped out of the top ten completely and has been one of the year’s worst performing altcoins. Since the 2018 low on December 15 TRX has recovered 58% and its market cap is currently $1.3 billion, closing up on Bitcoin SV above it with $1.5 billion.

TRON #Dapp Weekly Report 12.22-12.28. With the rapid expansion of #TRON ecosystem, the account number on TRON officially exceeded 1 million this week. The outstanding performance of #TRX in the secondary market also made people feel more confident of $TRX. https://t.co/XkdKd2Mqza

This impressive milestone has come just 184 days after mainnet launch. In comparison Ethereum to 542 days to reach a million accounts after its mainnet went live.

As pointed out by Sludgefeed Tron hit another milestone last week when it reached over a million contract triggers which is a signal of increased gaming dApp activity on the network.

TRX is currently trading 3% down on the day as markets pull back from yesterday’s $10 billion pump during the Asian trading session. Since last weekend it has dropped almost 5% but over the past month TRX has made a 40% recovery from yearly lows.

Tags: ETHethereumMarket CapTRONTRXxrp
Tweet123Share196ShareSend
BitStarz Player Lands $2,459,124 Record Win! Could you be next big winner? Win up to $1,000,000 in One Spin at CryptoSlots