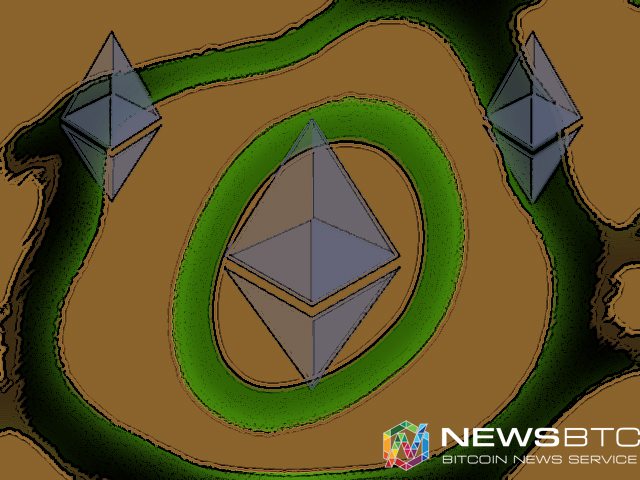 Ethereum price looks like made a minor top above $10.00. If the current price acting is true, then a break of 100 SMA may ignite a larger correction.

Ethereum price ETH struggled to retain the bullish bias, and started to correct lower against the US Dollar. There was a drop below the $9.00 level, but the price quickly recovered. The 100 hourly simple moving average is acting as a support for ETH/USD as of writing, and may play a major role for the next move in the near term.

If the bulls fail to protect the 100 SMA support area, then a close below it could call for a larger correction in ETH. On the upside, there is a bearish trend line formed on the hourly chart (data feed via Kraken) of ETH/USD, which is acting as a downside move catalyst. As long as the price is below the highlighted trend line and resistance area, it may make an attempt to break the 100 SMA.

I would not suggest any trade in ETH/USD at present, as the current price action is choppy. Let’s wait for a break either above the trend line on the upside or below the 100 SMA on the downside for the next move.

Hourly MACD – The MACD is in the bearish slope, calling for more losses.

Hourly RSI – The RSI is well below the 50 level, suggesting that sellers are in control at the moment.