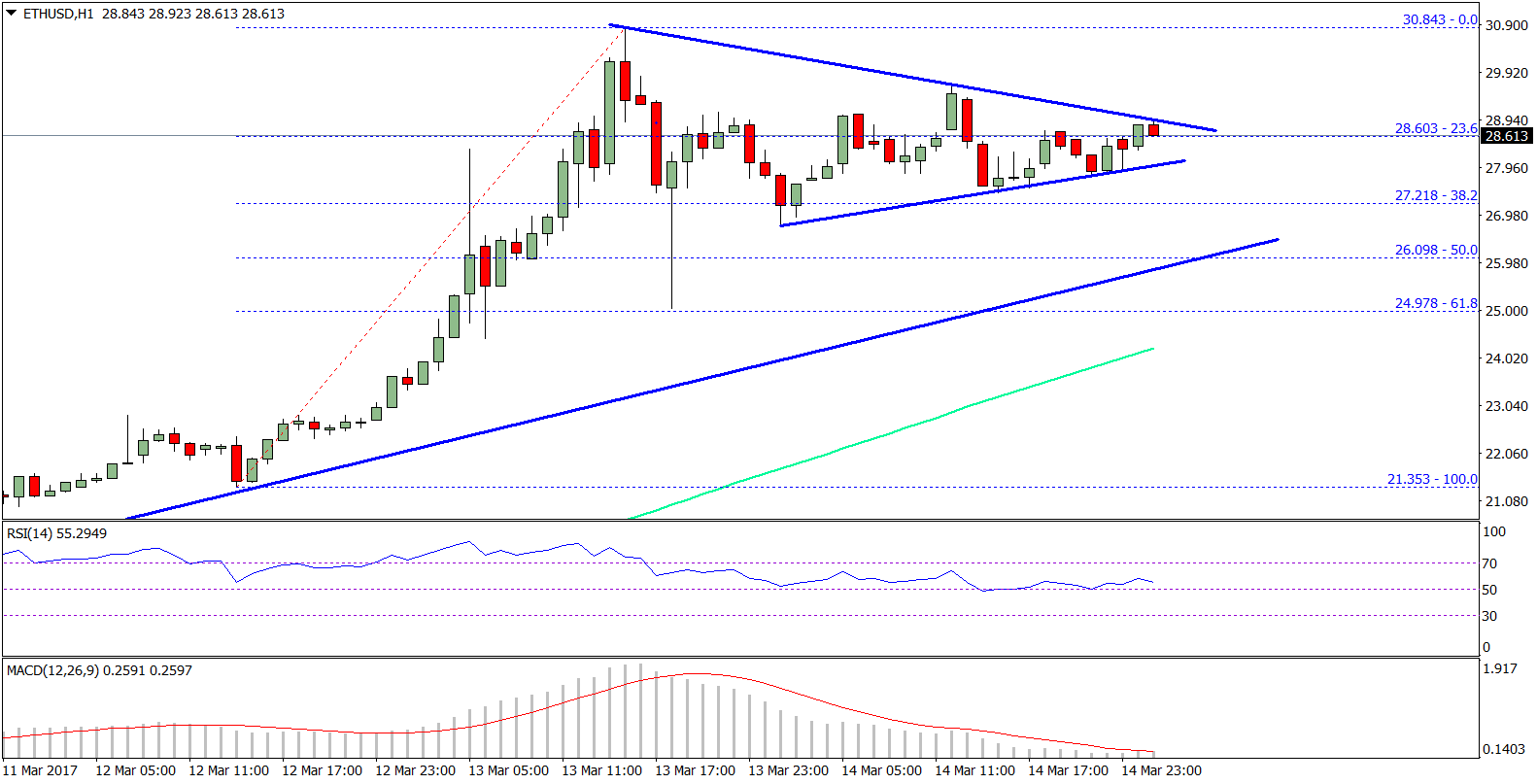 Ethereum price after a minor dip against the US Dollar started a consolidating, and now ETH/USD is approaching another break for the next move.

Yesterday, we saw how there was a nice upside move in ETH price towards $30.80 against the US Dollar. Later, the price started a correction, and traded towards $25 before recovering. As mentioned in yesterday’s post, the price recovered from the 61.8% Fib retracement level of the last wave from the $21.35 low to $30.84 high. At the moment, the price is below $29, but slowly positioning for the next move.

There is a nice support formed near $28, as the price failed to break it on a couple of occasions. Currently, there is a contracting triangle pattern formed on the hourly chart of ETH/USD (data feed via SimpleFX) with resistance near $28.80. The price needs to clear the triangle resistance area above $28.80 in order to initiate another bullish wave. In that case, the price could trade back towards the $30 level and might even break it for more gains. On the downside, the triangle support is near $28. The stated level is also above the 38.2% Fib retracement level of the last wave from the $21.10 low to $30.84 high. Also, yesterday’s highlighted bullish trend line is intact on the downside near $26.20. So, there are many support levels where the price might find bids if it moves down.

Hourly MACD – The MACD has almost reduced the bullish slope, which is not a good sign in the short term.

Hourly RSI – The RSI is still above the 50 level, which is a positive sign.