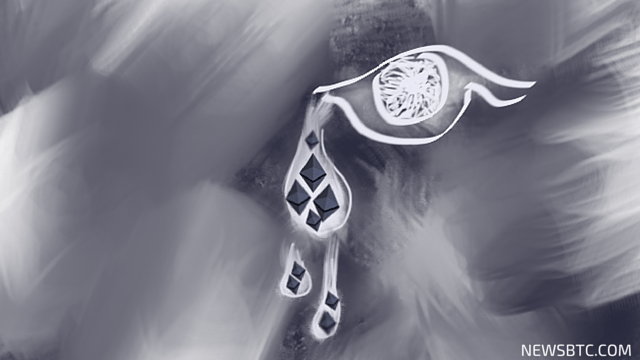 Ethereum price continued to trade lower and even breached 0.00251BTC to trade near 0.00230BTC.

The downside pressure increased on the Ethereum price Intraday, and as a result there was a new low formed recently. The price traded as low as 0.00230BTC where buyers somehow managed to prevent downsides. We highlighted a major bearish trend line on the hourly chart yesterday, which is still valid and might act as a barrier if the price jumps higher from the current levels. Moreover, there is now one more minor bearish trend line formed on the hourly chart, acting as a resistance for a correction. The Middle Bollinger Band is colliding with the highlighted trend line, suggesting that it might act as a pivot area in the near term.

Furthermore, the 23.6% Fib retracement level of the last drop from 0.00337BTC to 0.00230BTC is also positioned with the highlighted trend line and resistance area. So, if buyers have to take the price higher, then a close above the Middle Bollinger Band is needed. If they succeed, then the next hurdle could be around the 50% Fib level, which is around the upper bearish trend line and the 100 hourly simple moving average.

On the downside, the recent low of 0.00230BTC might provide support in the short term. A break below it might ignite more losses moving ahead.

The hourly RSI is below the 50 level, pointing that more losses are possible.

Tags: Ethereum Price analysisEthereum Price broke downEthereum Price Technical Analysis
Tweet123Share196ShareSend
BitStarz Player Lands $2,459,124 Record Win! Could you be next big winner? Win up to $1,000,000 in One Spin at CryptoSlots