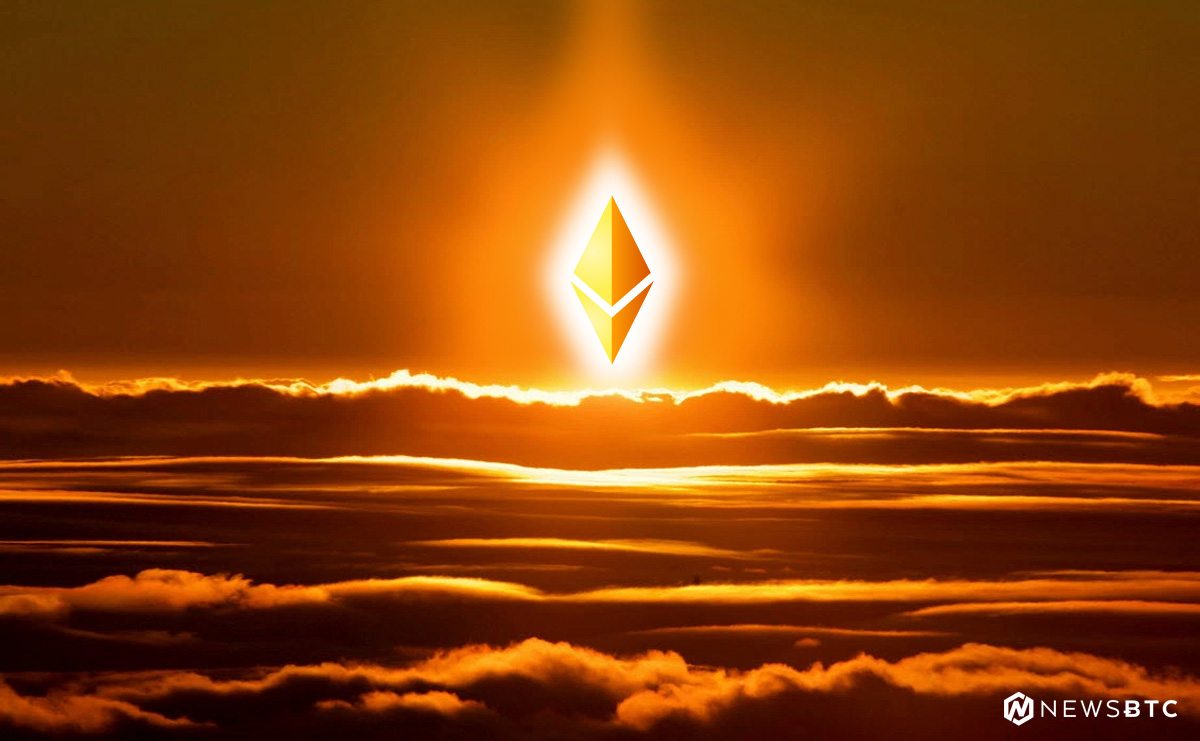 While Bitcoin remains firmly planted at the top of the crypto pile the race for second, third and fourth continues. The two main contenders for market capacity supremacy and second spots are Ethereum and Ripple, and ETH has just taken that position. XRP has suffered at the hands of analytics website Coinmarketcap.com which capriciously decided to omit South Korean exchanges from its price and volume calculations yesterday.

Metrics aside Ethereum has been making solid ground on Ripple which has held the number two position for a couple of weeks. ETH is up 35% for the week rising from $870 to a record high of $1,260 over the seven day period. After a correction in the market – or Coinmarketcap’s figures – the altcoin is currently trading at just over $1,200 during the Asian trading session. The upswing has vaulted Ethereum’s market capacity to $117 billion at the time of writing and pushed it back into the second spot behind Bitcoin with $258 billion market cap.

Ripple conversely has been on a downward slide since its all-time high of $3.81 five days ago, it has dropped 35% during this period. XRP is still on a high from months of trading below $0.30 but rumors of Coinbase adoption being quashed and concern over company stakes and control over the crypto-coin have caused the resultant selloff. 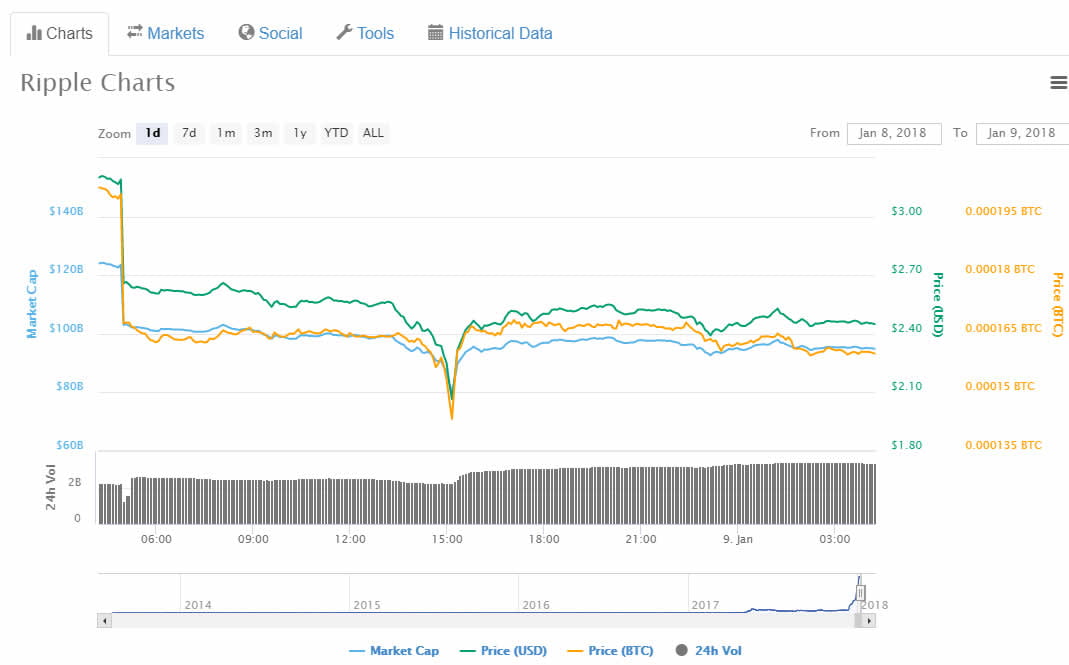 Ripple received an additional kick when Coinmarketcap removed Bithumb, Coinone, and Korbit from its prices yesterday. XRP is traded heavily in South Korea and dropped by 16% in a couple of seconds on the website however this was not a true reflection of the market. Ripple’s chief cryptographer David Schwartz took to Twitter to clarify why the coin has fallen so sharply;

“Coinmarketcap’s decision to exclude Korean prices from the displayed XRP price made the price appear to drop, likely triggering some panic selling. Look closely at the data and don’t be mislead.”

South Korea and Japan together are responsible for almost 30% of global trade volume, so excluding Korean exchanges with so much influence on the markets could be considered folly. The purported reason for the omission is that crypto prices are significantly higher on South Korean exchanges than elsewhere, primarily due to local demand. At the time of writing the price of XRP on Coinmarketcap was $2.45 and on Bithumb $3.62. This could make the overall market appear more inflated than it actually is however excluding the exchanges entirely will have the opposite effect.

Maybe it is time to seek a number of metrics sources for reference instead of relying on just the one.

Tags: BithumbCoinMarketCapethereumRippleSouth Korea
Tweet123Share196ShareSend
BitStarz Player Lands $2,459,124 Record Win! Could you be next big winner? Win up to $1,000,000 in One Spin at CryptoSlots