After a strong retracement from its all-time high price, Band Protocol (BAND) is back in business. The Chainlink (LINK) competitor has surged 15% in the past 24 hours alone according to data from CoinGecko.

The coin now trades at $16 as of this article’s writing. This is a price that is almost a new all-time high for the prominent cryptocurrency. BAND’s previous all-time high was $18, where it was rejected in a notable fashion in early August.

The Chainlink competitor seems poised to move higher due to fundamental trends, along with a notable technical breakout.

Why Band Protocol Is Breaking Out

BAND is seemingly surging higher due to one piece of fundamental news.

On August 31st, the Band Protocol team revealed that it has strategically partnered with the Tron Foundation to bring the oracle service to TRON:

“TRONFoundation has strategically partnered and successfully integrated Band Protocol into TRON, one of the largest blockchain platforms, to provide scalable and secure $BAND oracles for an ecosystem with almost 1000 decentralized applications.”

1/ 🚀 @TRONFoundation has strategically partnered and successfully integrated Band Protocol into TRON, one of the largest blockchain platforms, to provide scalable and secure $BAND oracles for an ecosystem with almost 1000 decentralized applications.https://t.co/ENn9RljVgQ

Analysts see this as further validation of BAND’s oracle technology, which is rivaling that of Chainlink.

There are also technical factors to this ongoing breakout.

Traders have noted that the ongoing breakout past the local highs and towards the all-time highs is occurring at an auspicious technical point.

One trader shared the chart below, which shows that the coin’s ongoing move higher could propel the asset to its previous all-time high around $18. 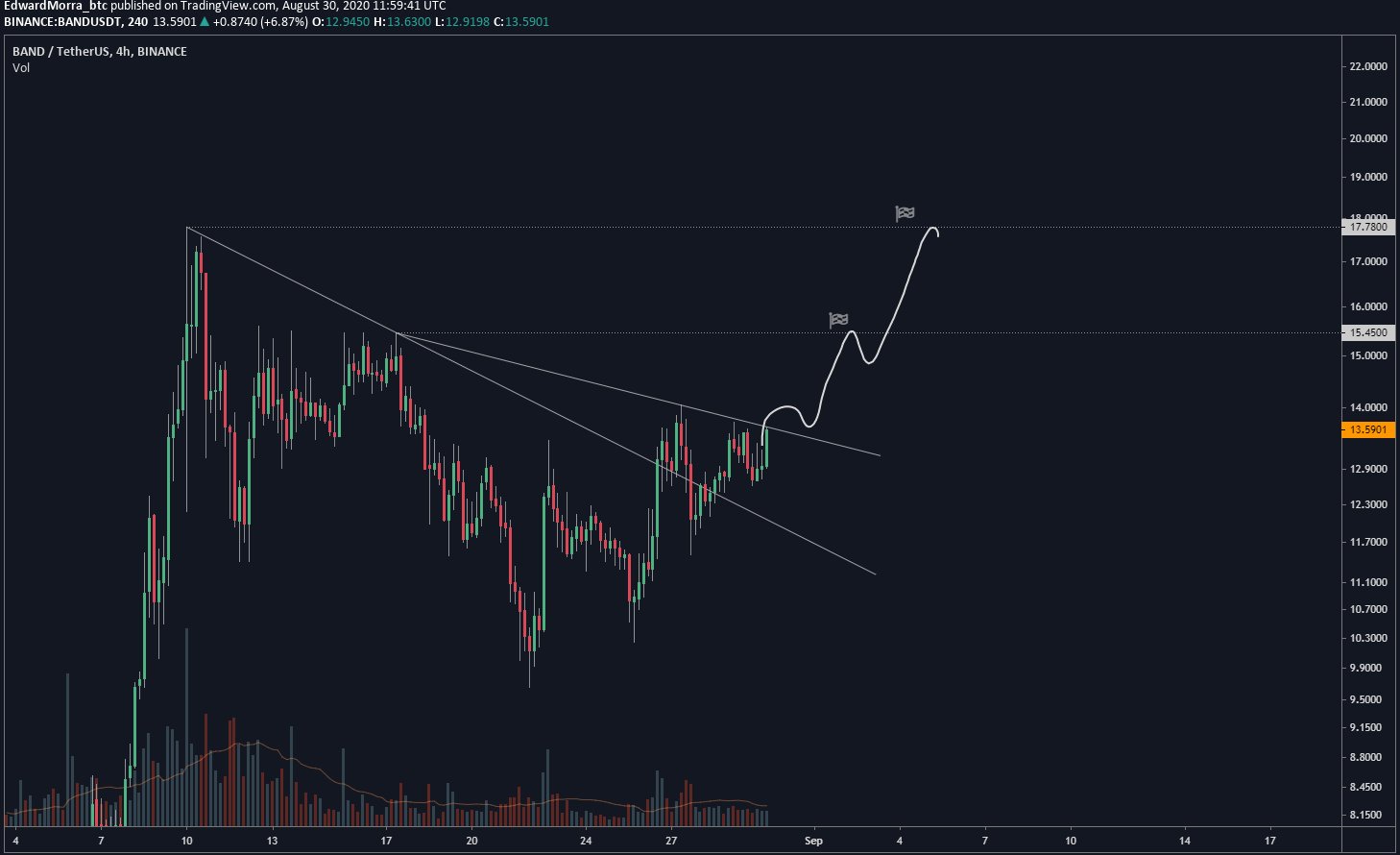 Other market commentators made similar observations, drawing attention to the strength and significance of the ongoing leg higher.

One factor that threatens to harm BAND’s rally in the near term is Kimchi.Finance.

Kimchi.Finance is a DeFi protocol that is forked from the SushiSwap code. Core to this nascent protocol, which is unaudited, is a staking function that allows users to deposit Uniswap liquidity to mint KIMCHI.

Supported types of liquidity includes the ETH-USDC pool, the SUSHI-KIMCHI pool, and most importantly, the BAND-ETH pool.

If Kimchi.Finance farming ends, those that held BAND-ETH liquidity tokens may be incentivized to sell their BAND, thus pushing the cryptocurrency lower.

As convoluted as this may sound, the collapse of a previous Ethereum protocol, Yam, caused a DeFi market crash as investors sought to sell the cryptocurrencies they were staking.

The reason why Kimchi.Finance is being brought up instead of SushiSwap, which has its own staking function, is that the latter protocol is expected to have rewards lasting for weeks. Not to mention, SushiSwap has been audited while Kimchi.Finance remains unaudited.