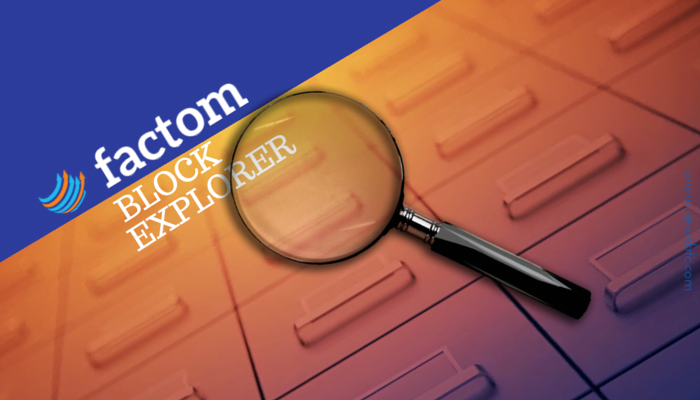 The block explorer has long been one of the most important applications in the Bitcoin ecosystem. The blockchain’s ingenuity and the the massive computer power backing it make it the perfect financial ledger, but its sheer size and programming language make it unreadable to normal human beings.

Blockchain.info fixed that in 2011 with the first real block explorer available to the public. All 70+ million transactions and every Bitcoin address published to the blockchain are indexed and easily-searchable, with a simple user interface that almost anyone with a home computer can understand.

This has saved us all from a lot of tedious counting, allowing everyone to see any balance or movement of funds. It spurred a remarkable innovation in accounting–some Bitcoin exchanges are now publicly-auditable, and new systems like BlockTrail go even further at the expense of privacy–but as the blockchain advances, its explorers are lagging behind.

Crypto’s not just for currency, anymore. Colored Coins lets us turn bitcoins into smart property, and Counterparty and Omni go even further to let us include smart property and contracts, as well. Most “Bitcoin 2.0” systems like these make use of the Bitcoin protocol’s OP_RETURN feature, which is ignored by the likes of Blockchain.info; Coin Secrets detects them, but cannot translate and organize them without knowledge of their source.

It is therefore up to 2.0 developers to create new block explorers. Factom, the decentralized proof of existence application, has been doing just that: they had an early alpha demo running not long ago which catalogued every Entry and Chain on their network, but it lacked mainstream appeal. Their new version (http://demo.factom.org/) has edited out a lot of the alpha entries, and its interface is far more elegant.

For those not yet aware, Factom can take any file or application and “hash it into” the Bitcoin blockchain. The data is not exactly “stored,” because hash functions cannot be done in reverse to reclaim the input, but it allows us to validate that a file is the correct (undoctored) version later. Some analysts believe that almost all data will eventually be secured in this way, rendering many kinds of fraud impossible.

The first such data to appear on Factom’s block explorer is from Project Gutenberg, which aims to digitally record every book in the public domain for cultural and historical preservation. 28,000 books were hashed and repeatedly combined via Merkle tree to produce just two hashes, which were inserted into the Bitcoin blockchain via transactions. This ensures that the original works cannot be corrupted.

What this means is that we’ll eventually be able to explore (to some degree) any data imaginable: Blockchain.info can see every Bitcoin transaction from the genesis block to the most recent one, and the Factom Explorer reveals all the Entry and Directory blocks between every Factomized file or application and the Bitcoin transaction containing its hash. Although it won’t be able to decode the information–if it could, any privacy would be impossible–it will illuminate the largest Merkle tree structure in the history of mankind, a sprawling log of metadata branching out in millions of different directions.