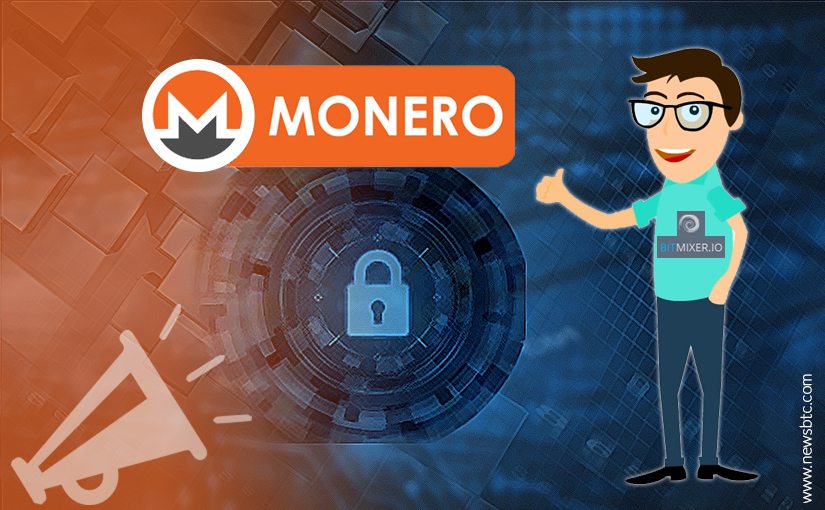 A growing number of cryptocurrency users are looking for more privacy and anonymity. For the people who have Bitcoin in their portfolio, that is not an easy task. Other than using mixing services, there are no viable options at their disposal. Now that BitMixer.IO is no longer around, the number of trustworthy solutions is fairly limited. However, the former operator of this service provides a viable alternative. In his opinion, people who want privacy need to switch to Monero once and for all.

It is not entirely surprising to hear such statements. Relying on third-party service providers for privacy and anonymity is never a good idea. While Bitcoin mixers have their place, it’s not a perfect solution by any means. There are other ways to achieve privacy and anonymity in the world of cryptocurrency. A few different alternative currencies focus on those perspectives exactly. One of those currencies goes by the name of Monero, which is well-respected among cryptocurrency enthusiasts.

Monero Gets a Minor Public Endorsement

The project mainly focuses on anonymity and privacy. To do so, Monero uses RingCT technology, which may receive a big update in the near future. It is capable of providing those traits which Bitcoin may never have. Although one never knows what Bitcoin developers may come up with, anonymity and privacy aren’t on the agenda right now. Making the network scale properly without political debates is difficult enough as it is. Moreover, it wouldn’t be the first time Bitcoin developers implement features first found in so-called altcoins.

Still, it is rather interesting to see a former Bitcoin mixer operator acknowledge the potential Monero has. More specifically, the BitMixer.IO admin feels Monero is the “best privacy currency”. That is quite the validation from someone who has provided a powerful service for Bitcoin users. He even goes as far as officially recommending Monero to everyone who wants additional cryptocurrency privacy. A very strong sentiment, although it will receive some backlash. There has always been some bad blood between die-hard Bitcoin supporters and people openly advocating altcoins for specific purposes.

In the end, some altcoins will always have a purpose. The majority of alternate currencies can be disregarded, though. Monero is one of the few currencies, which will survive regardless of what happens to the rest of cryptocurrency. Right now, it’s going through a massive price appreciation, although it remains to be seen how long this trend will last. More specifically, it appears the trading volume is drying up again and there will be some bagholders left across exchanges. Still, it’s good to see people show an appreciation for what Monero has to offer, as it is an undervalued project.