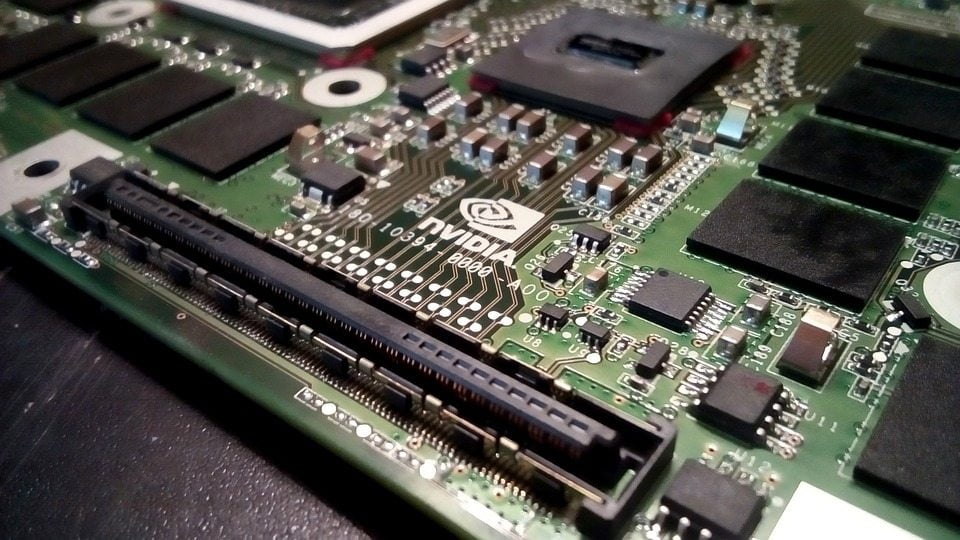 It’s not just the cryptocurrency space that’s having an excellent financial year in 2017. Companies supporting the industry are also setting personal bests in terms of their own stock prices.

Chief amongst these are AMD and NVIDIA. Stocks in both have seen colossal growth in recent months, outpacing the rest of the S&P 500 considerably. The two companies officially hold the title of number one and two best-performing stocks of 2017.

The stock of the graphics card companies has been growing steadily for the last eighteen months. However, in April of this year, the pace stepped up a notch, corresponding with increased demand for cryptocurrencies. Since the beginning of 2017, NVIDIA stock has risen 74.5% with 56% of this coming between April and August.

It should come as no surprise that graphics card manufacturers are having such a profitable time of it recently. They’re integral to securing many of the blockchain networks in existence today. With these assets surging, so too does demand for GPUs. This is because they’re necessary parts of the Bitcoin and other cryptocurrency’s ecosystems. They’re used to process transactions and keep the networks free from attacks. The process by which they achieve this is known as “mining”. Since mining is a potentially profitable activity, more people are getting involved as the price of cryptos increases.

To Invest or Not to Invest in Tech Stocks

However, analysts warn that just as stocks increase with the prices of digital assets, so too they could decrease in accordance with a large crash. We recently had a taste of this with stocks in graphics card companies falling and bouncing back in accordance with the crypto market in the wake of the fear and uncertainty caused by Chinese regulation. According to analysts, Bitcoin and Ethereum prices fell 35% and 31% respectively in the first two weeks of September 2017. Meanwhile, AMD and NVIDIA stocks fell 7% and 1% respectively.

However, just as the cryptocurrency prices started to recover in mid-September, so did the fortunes of the graphics card manufacturers. AMD and NVIDIA stock reportedly rose 12% and 10% respectively in the last week alone.

It’s because of such swings that AMD CEO Lisa Su recently warned about blindly investing in companies like her own based on the recent surge in prices.

However, some claim that the technology underlying cryptocurrency blockchain will continue to rely on GPUs regardless of how the likes of Bitcoin and Ethereum fare. Mark Lipacis, semiconductor analyst for Jefferies, the global investment banking firm seems to think that this is just the beginning of the bull run which GPU companies could experience:

We actually believe that the technology they are based on, called Blockchain, which supports secure accounting of distributed ledgers, has applications in financial services beyond cryptocurrencies. We expect demand for Blockchain GPUs (including for cryptocurrencies) to continue to grow and become an important driver for GPU growth, even if with some degree of volatility.

Meanwhile, many others within the space are wholly bullish about the current situation. Gatecoin founder Aurelien Menant stated that cryptocurrency is headed towards its next rapid growth cycle, fuelled by more mature liquidity from Japan, and Korea namely.