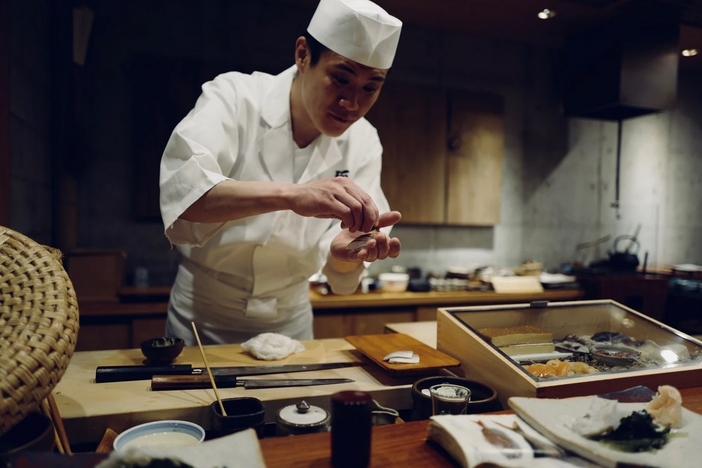 The DeFi sector saw a sharp drooped in its Total Value Locked, according to DeFi Pulse data. At the time of writing, the metric is recovering quickly and stands at $54.93B. Sitting at the number six spot on the top 10 DeFi protocols by TVL with $3.88B, SushiSwap could be on the verge of taking a leading position.

Uniswap’s v3 deployment is around the corner, but its competitor remains in the innovative race. Since January 2021, SushiSwap has been taking over the total Weekly DEX Volume, as research firm Messari reported.

Presently, SushiSwap generates around 15% of the weekly DEX volume. In comparison, Uniswap is responsible for around 11% of the same metric, as shown in the chart below.

How SushiSwap’s BentoBox and Kashi operate

Recently, SushiSwap released a new “aggressive strategy”. Its objective, to grow beyond its current use case as an automated market maker. The strategy revolts around BentoBox and Kashi Lending.

The first product is a single vault that contains the assets deposited by users and makes them available for DApps “builts off of the vault”, as Messari stated. In contrast with similar products, BentoBox is more efficient when transferring the token, more efficient in terms of gas fees and complexity, easier to integrate, and has “a single token approval for use”.

On the other hand, Kashi is a lending and margin trading platform. Created as BentoBox’s first DApp, Kashi operates with “isolated lending pairs”, as Messari stated.

Users lending assets in Kashi can yield an interest rate. The lending pairs work with a similar mechanism as that of liquidity pools, a user provides the asset as collateral for the lender, Messari adds:

By having specific lending pairs where the collateral can only be used to borrow one specific asset (eg. in a ETH/SUSHI pair, deposited ETH acts as the collateral for SUSHI and only SUSHI), the risk for users can be isolated to the quality of assets and oracle used for the pair.

As a SushiSwap developer reported, both BentoBox and Kashi have been live for only a week. However, the products are already seen a high demand for the stablecoins pairs. In its lending pairs with USDC with over 70% utilization and 100% utilization for YFI/SUSHI.

With USDT there has been a strong demand to use RUNE and ETH, as collateral and Bitcoin in its synthetic form wBTC. For this last part, there is around 50,000 to 70,000 avail and a 1% borrow rate.

The developer explained Kashi offers multiple strategists for an investor to leverage fluctuations in the crypto market. For example, and user can buy “the dip” on a token by using it as collateral to borrow a stablecoin with a discount borrow limit.

Kashi and BentoBox have support for Binance Smart Chain and will be available on EVM compatible networks. The developer said more features and integrations will be implemented:

Creates a one stop shop for projects to setup incentives for AMM LP providers and Kashi LP providers. Miso will push this even further along, and we imagine Sushi providing infrastructure for new projects to come market quick.

Tags: sushiSushiSwapSUSHIUSDT
Tweet123Share196ShareSend
Win up to $1,000,000 in One Spin at CryptoSlots