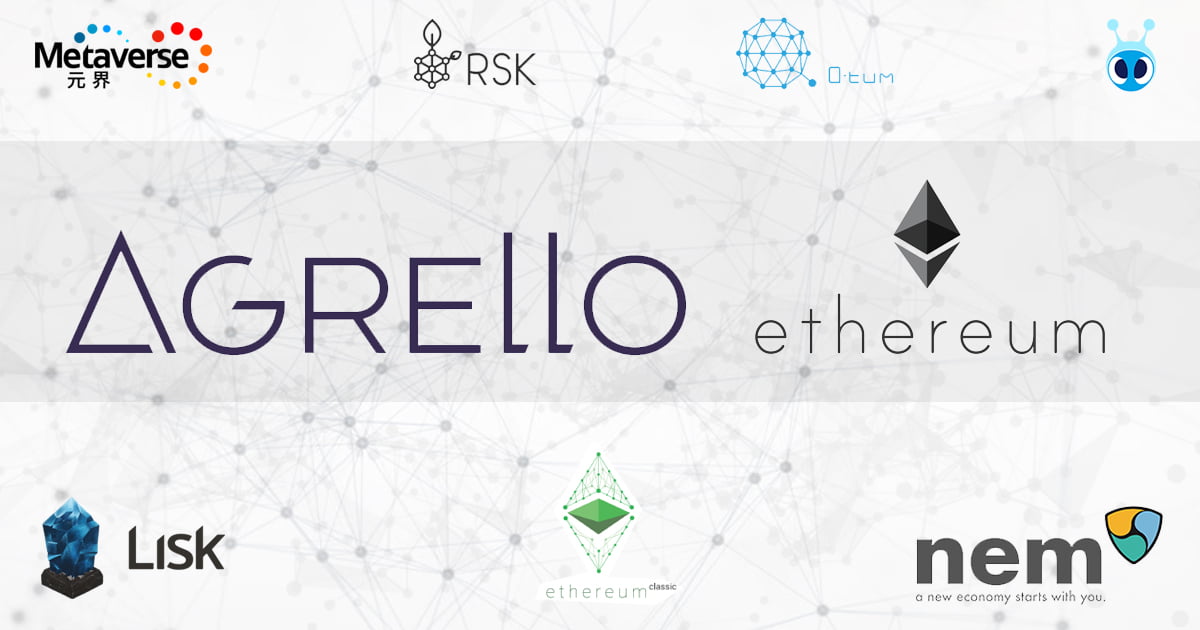 Agrello, a blockchain startup focusing on allowing non-coders and non-lawyers to create smart contracts on their own, will build a blockchain prototype for the Ethereum ecosystem and operate on the basis of an ERC20 Standard Ethereum token, essentially backing the platform with ether.

Agrello is moving towards Ethereum in order to tap into the platform’s diverse array of developer talent. “The Ethereum ecosystem is the best established blockchain community out there, and serves as an attractor to world-class talent from across the industry,” writes Agrello in a blog post about the announcement. “This is not only true in terms of technical development and entrepreneurial potential, but also in terms of organizational maturity and the ability to cooperate with regulators and legacy organizations to drive blockchain adoption mainstream.”

“Agrello is highly dependent on the establishment of good industrial relationships with the off-chain world,” states Agrello, which plans an upcoming initial coin offering. “We regard the work done by the Ethereum foundation on this matter as invaluable, and seek to be an active player in the field, lending our hand to promote this effort even further.”

Agrello, furthermore, seeks to integrate its blockchain with AI agent technology. The move to Ethereum is a vote of confidence that the system can support such complex arrangements.

“Agrello employs Artificial Intelligence modules, graphical interfaces, and text-to-code compilers, which will naturally have to operate off-chain,” writes Agrello. “The function of the blockchain in the Agrello system is mainly as a record-securing device.”

To achieve immutability in a marriage between AI and blockchain, Agrello leans on so-called “proofs of performed obligations”  – that is, the hashes detailing Agrello smart agreements and activity logs time-stamped on the blockchain. Other parts of the Agrello system run client side.

Agrello listed several reasons for developing on Ethereum as detailed in its blog post. Chief among them include the maturity of the Ethereum ecosystem, as highlighted by the projects work with multinational firms and financial institutions, as well as the work of the Ethereum Foundation to reach out to regulators.

“Operating at the intersection of the legal system, financial institutions and disruptive technologies, Agrello is highly dependent on the establishment of good industrial relationships with the off-chain world,” wrote The Agrello team in a blog post. “We regard the work done by the Ethereum foundation on this matter as invaluable, and seek to be an active player in the field, lending our hand to promote this effort even further.”

While Agrello will ‘homestead’ on Ethereum, as a blockchain agnostic solution, it will allow clients to enjoy multiple public and private Turing-complete blockchains. The list so far includes, Metaverse, Antshares, Lisk, Qtum, RSK, Ethereum Classic and NEM. Different chains will equate into different use-cases, the company states in a blog post announcing its Ethereum prototype.

“It is important for us to emphasize that Agrello believes in a multi-chain future, featuring healthy and competitive crypto-markets,” writes Agrello. “Different chains will probably serve different use cases and individuals, and have varying prominence on different markets across the globe.”