DMarket Shows That the Prudent ICO Approach Pays Off 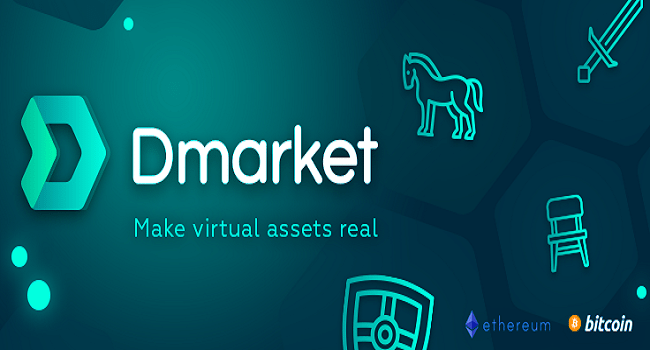 The world of ICOs moves at breakneck speed. But as the old saying goes, often the more hurry means the less speed. DMarket is an example of a project making great strides in its operational objectives but attracting criticism from some who invested in the ICO looking to exit within a matter of just days or weeks.

DMarket is in pole position to become the dominant decentralized marketplace for turning virtual gaming items into real assets. Gamers dearly value items such as unique weapons in titles like Counter-Strike: Global Offensive so DMarket uses the blockchain to create a ledger powered by its DMT Tokens to securely trade these items which were previously locked in silos.

With the gaming industry already making $110 billion in game revenues last year and expected to reach nearly $130 billion by 2020, DMarket occupies one of entertainment’s most enviable niches.

DMarket completed its token sale in December, less than three months ago, but still hasn’t made a listing. The company has been very communicative about this on its Twitter and elsewhere. What the team claim is that they have been going through a lengthy legal process to ensure compliance with regulators such as the United States Security and Exchange Commission (SEC). For a project set to become the go-to marketplace for the global gaming industry and its 2.3 billion gamers, a “built to last” approach seems prudent.

Approximately half of ICOs in 2017 failed, either because they were scams or were badly executed. DMarket Founder and CEO Vlad Panchenko has become somewhat of a poster boy for transparency in ICOs. He outlined three clear warning signs for ICOs to the North American Bitcoin conference in Miami in January. Unsurprisingly, the number 1 concern relates to projects needing strong core executive teams with experience in the topic of the ICO, not just lists of advisors.

Last week, some of DMarket’s patient hard work paid off. While developing the platform and issuing regular tech updates, the team also established a partnership with Unity Technologies, the world’s most widely-used real-time 3D development platform. The tie-up enables seamless in-game digital asset trading and transactions with any Unity-based game. Unity’s titles now become easily able to connect to the DMarket blockchain and make in-game assets available for virtual trading and exchange. Unity powers more than half of all new mobile games and 60% of all VR and AR content. Games and experiences made with Unity reached more than 3 billion devices worldwide in 2017 and were installed more than 20 billion times in the last 12 months.

Such a top-level partnership surely came as a relief to DMT token holders who may be set to revisit another old saying, namely that often good things come to those who wait. For those projects which rush ahead without heeding advice from lawyers the picture is less bright. This week, the New York Times reported that the SEC has sent as many as 80 subpoenas to dozens of people involved in ICOs. This comes as a clear sign of the Commission’s desire to rein in ICOs, targeting companies viewed as non-compliant as well as their advisors and lawyers.

This SEC move comes after high-profile disasters such as the PlexCoin ICO which was shut down in December by the SEC following an official complaint. The SEC has since frozen all of the $15 million from the ICO, its founder was jailed, and the parent company fined $100,000.

So, while companies may have raised over $5 billion through ICOs in 2017, in half or more of these projects investors would have saved themselves a lot of anguish by ensuring that proper processes were adhered to. Meanwhile, for DMarket the future looks bright – both as a blockchain with great usefulness and for DMT holders whose investment is set on solid legal and technological foundations.