IOTA and Microsoft team up for IoT 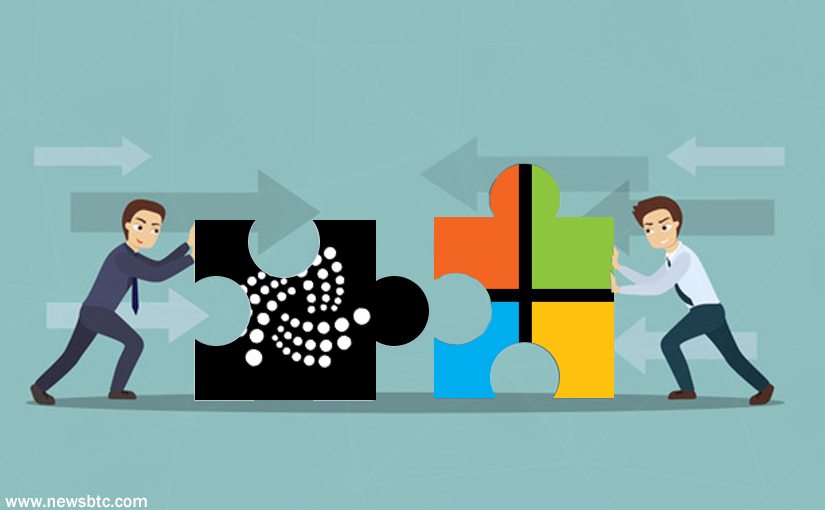 The first publically accessible marketplace for IoT (Internet of Things) has been launched this week. Berlin-based crypto startup IOTA has partnered with Microsoft, Fujitsu and twenty other companies including Bosch and Accenture to develop a blockchain solution to data monetization via internet-connected devices.

Analysts predict that business-to-business spending on IoT technologies and solutions will reach $267 billion by 2020. More and more devices will create a near-endless stream of data, and the market for data-driven insights is being eyed as a catalyst for IoT growth.

The initiative will allow stakeholders to share and monetize their data in a secure way in a tamper-proof data marketplace via distributed ledger powered by the cryptocurrency. IOTA’s blockchain will distribute the data to countless nodes in order to ensure that integrity and security remain intact.

The altcoin uses a different technique to distribute and decentralize its ledger, unlike standard blockchain technology. A system called ‘tangle’ which claims to offer free transactions and much better scaling opportunities than regular blockchain systems. IOTA co-founder David Sønstebø stated “We are very excited to announce the launch of our data marketplace. This will act as a catalyst for a whole new paradigm of research, artificial intelligence, and democratization of data.” According to its latest white paper IOTA “naturally succeeds the blockchain as its next evolutionary step, and offers features that are required to establish a machine-to-machine micropayment system.”

The marketplace demo will run until January and IOTA stated they will release a series of blog posts to highlight how companies can use the technology and benefit from it. IoT devices connected to the IOTA ledger will allow regular users to sell their data and allow them to access other data streams. A system that facilitates the sharing and selling information from smart devices across the internet may enable people to profit from their own personal data.

IOTA does not require miners which is why the transactions are free, developers and investors are banking this and the rapid growth of IoT to push the crypto technology further. IOTA is currently the ninth largest cryptocurrency with a market capacity of just over $4 billion. Trade volume in the past 24 hours has been around $370 million, and prices have jumped from a range bound $0.4 – $0.6 for three months or to around $1.4. Many altcoins have enjoyed a resurgence in price action following Bitcoin’s monumental climb to five figures and the latest news will only push the price of IOTA even further.