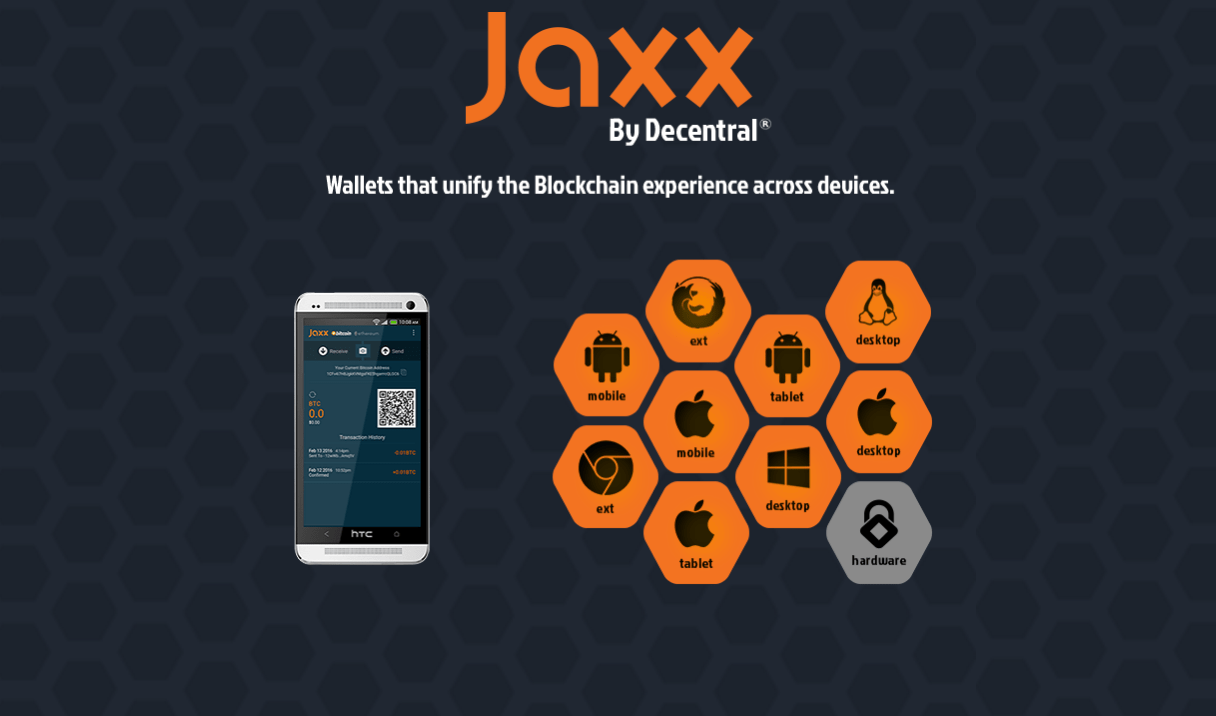 Jaxx is back at it again, doing what it does the best. The blockchain wallet service provider has announced the inclusion of yet another cryptocurrency to its list of supported crypto-assets. The latest addition comes in the form of LiteCoin.

The blockchain wallet application will start supporting LiteCoin on all the 9 platform, starting early October states the company’s press release. The new development comes within a fortnight of the previous announcement regarding the inclusion of Ethereum Classic support.

With the new addition, the total number of cryptocurrencies supported by the blockchain wallet stands at 6 (Bitcoin, Ethereum, DAO, Dash, Ethereum Classic and LiteCoin). However, the application on iOS powered devices doesn’t include Dash support due to certain Apple’s App Store policies

Decentral has always been open to its customers’ request. The decision to include Dash was largely influenced by a huge number of requests from its user base. The same holds good for LiteCoin as well. Speaking about the new feature, the founder and CEO of Decentral Anthony Di Iorio says,

“We received countless requests from the community to add support for LiteCoin, and we knew it was already accepted by Apple on the App Store, so for us, it’s a perfect fit and makes the most sense right now. LiteCoin has stood the test of time; it’s very popular at number four, and it boasts better transaction times than Bitcoin.”

LiteCoin has been around for almost 5 years now, commanding the fourth largest market capitalization of about $180 million. Created by a former Google engineer Charlie Lee, the digital currency was developed as an improvement over Bitcoin. The advantages of LiteCoin includes faster transaction and block generation times. LiteCoin blocks are generated at 2.5-minute intervals, compared to 10 minutes on the Bitcoin protocol.

“I created LiteCoin to complement, instead of competing with Bitcoin. I’ve always envisioned a future where people transact in multiple different cryptocurrencies. Jaxx is one of the easiest to use wallets and I’m excited to be able to hold both my bitcoins and litecoins in the same wallet.”

LiteCoin is not the end of the line for Jaxx. Its commitment to become a universal blockchain interface drives Jaxx to keep on including new cryptocurrencies, based on the market demand. In tune with the current trend, we won’t be surprised to see Jaxx supporting Monero in the coming days.

Tags: bitcoinBitcoin NewsblockchainEthereum ClassiciosJaxxLitecoinNewsProductswallet
Tweet123Share196ShareSend
Win up to $1,000,000 in One Spin at CryptoSlots