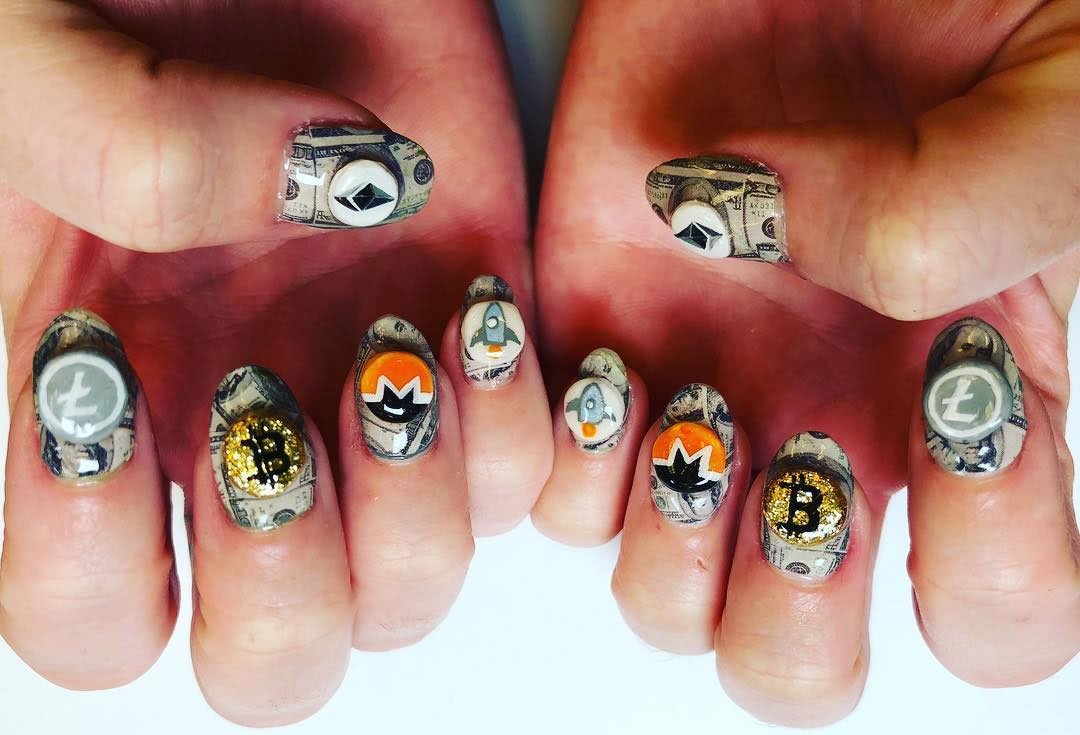 Crypto mania has taken the world by storm this year. It is the hot topic from Davos to Da Club with billionaires and rappers getting on board the block train. Celebrities want to be seen to be hip with the latest in tech and gossip. Making the right moves this week was singer Katy Perry who flaunted what could be a new fad in crypto fashion.

Crypto claws they have been called. Katy Perry’s nails have been adorned with our altcoin favorites this week according to reports. The pop star posted a photo to her Instagram account yesterday of her new crypto-styled nails. In addition to her manicure artist she also tagged an assortment of crypto-related accounts including ethereum_updates, stellarlumens, moneroofficial, and litecoinofficial.

While this wouldn’t usually be newsworthy it just shows that cryptocurrencies are growing beyond the playthings of tech geeks and into the realms of everyday life.

This isn’t the first time Katy Perry has used crypto to promote her brand.  Late last year she posted a photo of herself with billionaire investor Warren Buffett when she reportedly asked him his opinion on cryptocurrency. She has joined the ranks of a number of other celebs who have endorsed cryptocurrencies.

They include Paris Hilton who publically promoted an ICO for a marketing AI blockchain platform called LydianCoin last year. World heavyweight champion Floyd Mayweather also took center stage to promote the STOX ICO last year, boasting to his fans that they could call him “Floyd Crypto Mayweather from now on,” The ICO for the prediction market platform ended up making over $30 million and was further endorsed by Uruguayan footballing legend Luis Suarez.

Just this week rapper 50 Cent became a Bitcoin millionaire when he rediscovered a stash of the cryptocurrency he’d received for an album in 2014. At the time the 700 Bitcoins was only worth around $400,000, today it is a cool $8 million.

Bitcoin may be under a little pressure at the moment but its siblings are enjoying a free run for the time being. Ethereum, Litecoin, Monero and Ripple are nudging their way into the mainstream media and the lives of everyday people. Celebrities have a strong link to the younger generation who will be growing up with crypto just as many of us grew up with the internet and the unlimited amount of information it supplied for us.

Tags: 50 Centbitcoin millionairecelebritycelebscryptoFloyd MayweatherKaty PerryParis Hilton
Tweet123Share196ShareSend
BitStarz Player Lands $2,459,124 Record Win! Could you be next big winner? Win up to $1,000,000 in One Spin at CryptoSlots