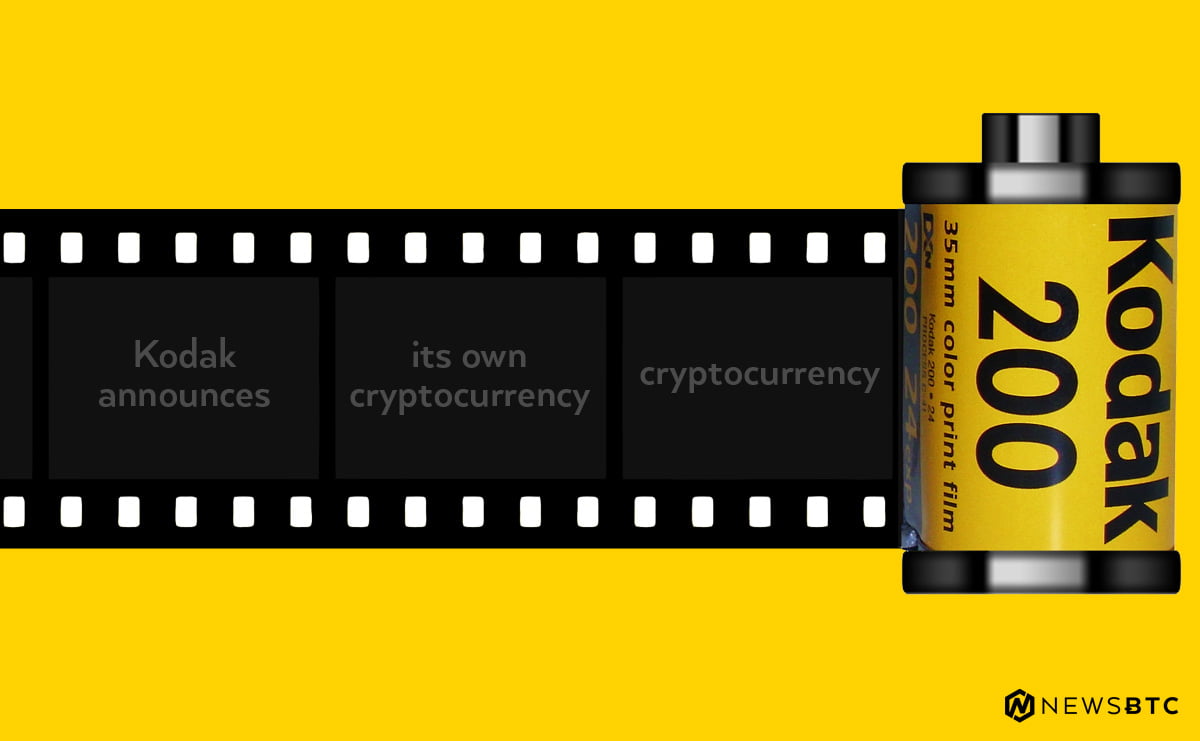 As the crypto-craze continues, canny companies are clamoring to climb aboard the digital train destined for greater profits. Kodak is the latest company to join the crypto club with announcements of its own blockchain platform and digital currency.

Just a day after we read about Russian owned messaging platform Telegram starting its own cryptocurrency another big name joins the fray. Crypto is currently a hot potato and companies are looking for a slice of the pie by getting onboard with the tech that everyone is talking about. The 130-year-old photo company has been looking for a cash injection since its film revival fell flat, and building a blockchain is as good an idea as any.

New York-based Kodak has announced a partnership with Wenn Digital to develop an image rights platform called KodakOne. This will run in tandem with a new photo-centric virtual currency called KodakCoin. The coin will be designed as a payments platform for photographers to get paid instantly and securely via the blockchain when their photos are sold online. Meanwhile, KodakOne will crawl the internet looking for image copyright violations. The concept is to create an encrypted distributed ledger of rights ownership running on the Ethereum platform using smart contracts.

Kodak chief executive Jeff Clarke had this to say;

“For many in the tech industry, ‘blockchain’ and ‘cryptocurrency’ are hot buzzwords, but for photographers who’ve long struggled to assert control over their work and how it’s used, these buzzwords are the keys to solving what felt like an unsolvable problem,”

The ICO will be launched on January 31 but only open to accredited investors from a few countries including the US, UK, and Canada. It was a good day for Kodak shareholders as the price tripled in the hours after the announcement. According to NASDAQ Stock in the Eastman Kodak Company surged from around $3 to just under $10 in six hours. Currently Kodak stock is up over 190% proving that affiliation with the world’s hottest tech at the moment is great for company coffers.

Whether the company actually needs this technology and has a clear vision for its future or whether it was just an attempt to cash in on the current trend in cryptocurrency remains to be seen. What is guaranteed though is that more companies will follow in the coming weeks and months; crypto fervor is at an all-time high.

BitStarz Player Lands $2,459,124 Record Win! Could you be next big winner?
Get 110 USDT Futures Bonus for FREE!
Read our comparison of 50 different crypto casinos. Find out who has most generous bonuses, best UX, knowledgeable customer support and best provably fair games.
Tags: ICOKodakKodakCoinKodakOne
Tweet123Share290ShareSend
Win up to $1,000,000 in One Spin at CryptoSlots