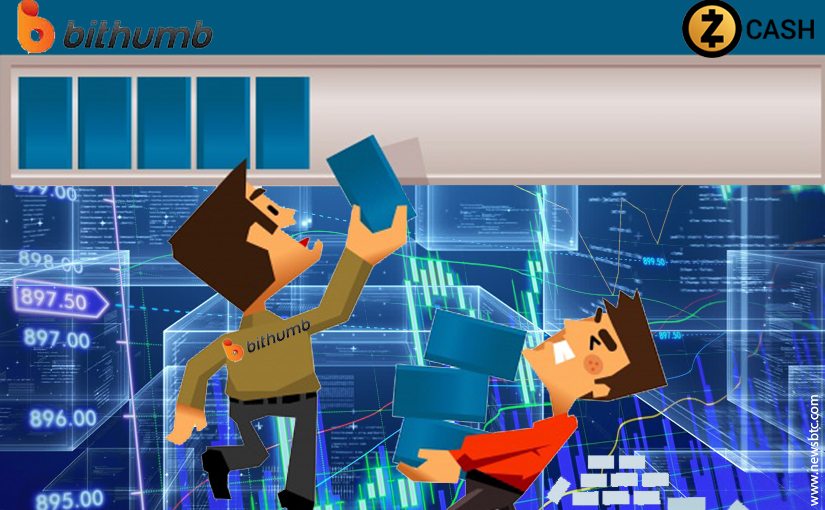 Cryptocurrency exchanges are always competing with one another for trading volume. Appealing to as many consumers and enthusiasts around the world is a big priority. That is much easier said than done these days, though. One way to go about things is by adding additional cryptocurrencies over time. South Korea’s Bithumb will do exactly that by enabling ZCash trading soon. An interesting development that may yield positive results for ZEC holders.

Bithumb is one of, if not the largest cryptocurrency exchange in South Korea right now. Thanks to their 0% fee, the company has gained a lot of positive attention. Moreover, South Korea has become a major trading hub for all cryptocurrencies these days. It has quickly overtaken both China and Japan in the past few months, that much is certain. Plus, the company is pretty selective when it comes to adding new currencies to the platform.

ZCash Trading Will Launch on Bithumb

Some of their recent additions include Bitcoin Cash and Monero. Adding ZCash to this list is a pretty interesting decision. This also means Bithumb will soon trade all major privacy and anonymity currencies, as Dash is listed there as well. It will be interesting to see how this listing affects the ZEC price. After all, ZCash has slid down the rankings a bit over the past few weeks. It was once a top 10 cryptocurrency but that is no longer the case.

Bithumb has a bit of an unusual way to generate liquidity for their newly added currencies. More specifically, they will enable deposits ahead of trading. Said deposits will be enabled later today. Between today and October 1st, all deposits will be subject to a 1% cashback.  All of these rewards will be paid out on October 13th of 2017. It is an interesting method to generate ZEC liquidity. Trading will commence on October 1st at midnight KST.

In a way, it is good to see Bithumb pay more attention to different currencies. For the ZCash team, this KRW gateway will be pretty significant in the long run. One can never have enough fiat currency gateways these days. Especially in Asia, as cryptocurrency is still a booming industry over there.Whether or not this “bonus” will bring much ZCash liquidity, remains to be seen. Positive things are happening in South Korea, though, that much is certain.