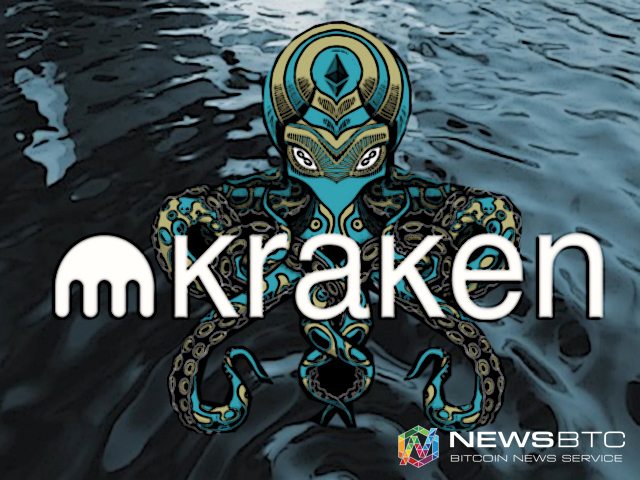 Kraken yesterday announced that it is introducing Ether Dark Pool on its platform, thereby becoming the first digital currency exchange to have introduced such a trading feature.

The core motto behind the launch of Ether Dark Pool is to provide traders with an abstract layer of privacy, while executing larger orders. Especially in an over-volatile market such as cryptocurrency, the need to shield big trading orders is must for every professional trader – to prevent flock trading, and saving market from unwanted manipulation. With Ether Dark Pool, Kraken aims to provide these features to serious Ethereum traders.

Unlike regular trading platforms, the Kraken’s Ether Dark Pool trading feature uses a separate discrete order book where the large volume trade orders are placed. These orders are not visible to regular traders on the platform. With increasing interest in the Ethereum platform among the technology as well as the trading community, Kraken can expect the Ether Dark Pool service to receive a positive response.

Ethereum platform has received widespread adoption within a short span of time it has been around. The digital currency has displaced Litecoin from its position to become the second largest digital currency, right below Bitcoin in terms of market capitalization. The crypto-token of Ethereum protocol has exhibited positive growth in the recent months as well. The price of one ether unit has increased by 10 fold since the beginning of this year.

Kraken, meanwhile, is an experience player when it comes to offering dark pool features. The renowned digital currency exchange has already launched a similar service for Bitcoin traders. It is only the recent surge in Ether’s trading volume – as well as popularity among intraday traders – which has prompted Kraken to attempt a similar feature in ether trading. The Ether Dark Pool’s addition further increases the number of trading channels from two to three. Before dark pool for ether was added, the platform was allowing over-the-counter trading, and lit order books.

According to Jesse Powell, the CEO of Kraken –

“Dark Pool trading allows for orders to be placed out of sight so that traders can make large buy or sell orders (minimum of 50 bitcoin or 2,500 ether) without revealing their sentiment to other traders. Advantages include reduced market impact and better price for large blocks.”

In addition to the dark pool trading platform, the company has announced few other major updates to the platform. one among them is the Position Settlement Feature that allows traders to settle the advanced funds used in leveraged trade by paying through their accounts.