Reports have emerged that hackers have demanded $7.5 million in Monero following an attack on Telecom Argentina S.A, a major telecom provider that serves the country’s north region.

Anonymous sources claim the cyberattack has been on-going since Wednesday.

At first, staff attributed poor IT performance to glitches within the system. But investigations by the firm’s help desk were later followed by company-wide requests not to open files, access email, and even to disconnect terminals from the system.

“[staff] had trouble accessing the company’s VPN, and in the Siebel system where they access the Personal, Arnet, Telecom and Fibertel databases.”

A review of the situation has pinpointed the start of the attack coming from an email attachment named “77os97-readme.” 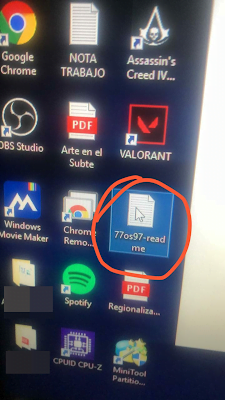 This comes following the recent Twitter hack, in which hackers seized high profile accounts to scam Bitcoin off unsuspecting individuals.

With that, the spotlight is once again back on cryptocurrency and its association with criminality. But more than that, the role of privacy coins in facilitating crime.

Economist Alex Krüger today tweeted a screenshot of the attacker’s demands in exchange for ending the cyberattack.

It shows a request for 109k Monero, equivalent to $7.5 million, payable by July 21st. Failure to pay by the due date will incur a doubling of the charge.

The incident has drawn a mixed reaction from the crypto community. Some see this as a testament to Monero’s benefits, in that the number one privacy coin can protect the identity of the attackers.

Others see this as bearish for cryptocurrencies in general, as it gives cause to restrict the industry further.

Even before this hack, privacy coins were already under fire for being “the choice of criminals.” But this latest incident only provides authorities with the ammunition needed to impose harsher regulation.

Privacy has been thrust back onto the agenda following the Telecom Argentina S.A attack.

This reminds us that “big tech,” in cahoots with worldwide governments, are trying their damndest to pry into every aspect of our lives.

Futurist, Daniel Jeffries described a gradual tiptoe towards a surveillance society, leading to a future where cash is dead and privacy coins are our only means to freedom.

“Your phone knows where you’re going and who your friends are and what you want to buy before you do. Centralized digital money will know even more.”

His fundamental argument centers around the desire for privacy being distinct from criminality. Instead, he argues that privacy is more to do with the freedom to have different opinions, all without facing scrutiny from those who disagree.

“None of us want our private lives aired to the world. Just as we don’t want the neighbors looking in our windows when we walk around naked and we don’t want someone eavesdropping as we whisper sweet nothings to our lover, we don’t want some cold bureaucrat or corporation anonymously monitoring every second of every day of our lives.”

As such, calls to ban privacy coins are not as black and white as authorities would have you believe. Indeed, in the future, privacy coins could become the only way to maintain our freedoms.

Is CipherTrace’s Monero Tracking Tool as Effective as it Claims?

Pumping Altcoins All Have One Thing In Common: Crypto Whale Games