New Blockchain City in Nevada, a Gift Back to Crypto Community 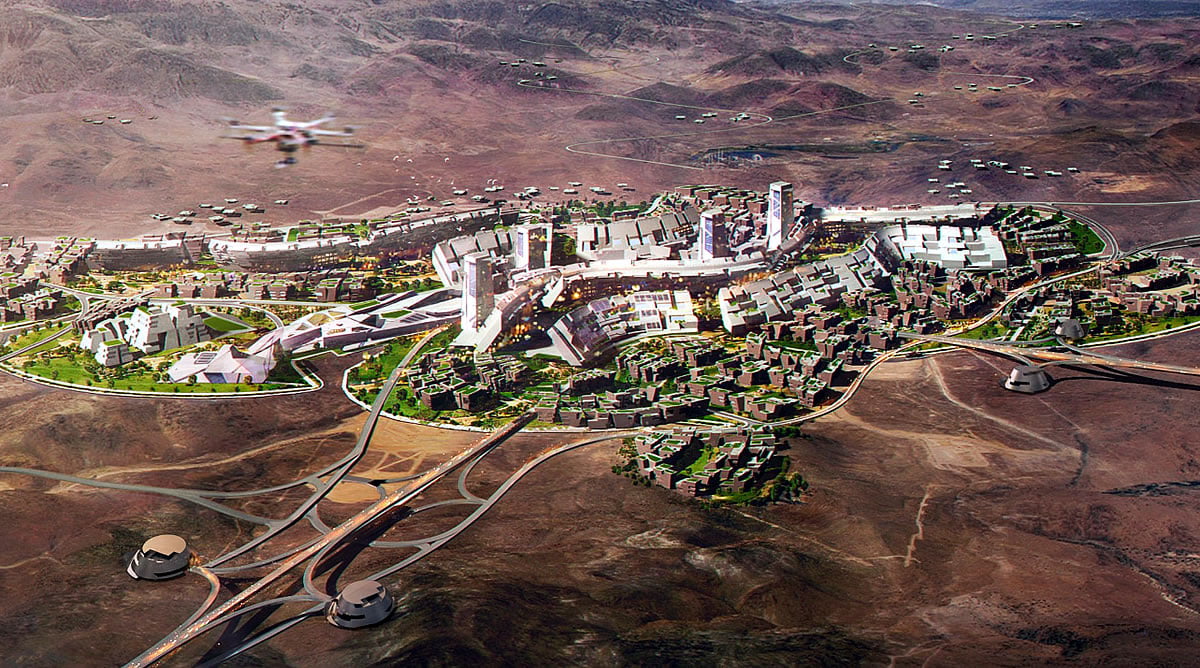 Cryptocurrency millionaire and a consumer protection lawyer, Jeffrey Berns, has recently announced a new plan that might have a strong impact on the blockchain development. Berns is also a CEO of a firm called Blockchains LLC. This is a company that bought over 67,000 acres in northern Nevada earlier this year. The deal has cost around $170 million, and the reason behind the purchase remained unknown until now.

New City Based on Blockchain Announced

A new announcement that came only days ago revealed plans to create a new desert city. However, this “Sandbox City” will not be dedicated to gambling in large casinos. Instead, this will be a futuristic city that will run on the blockchain technology.

Our land in Innovation Park will be a smart city with a decentralized, public blockchain infrastructure underlying all interactions. #Blockchainsandbox #Ethereum pic.twitter.com/xQ1jwVBsOU

The goal of the project is to build the first distributed collaborative entity which will use numerous initiatives to help the blockchain ecosystem. Everyone will have their voting powers and ownership rights recorded on the blockchain, transparent and resilient to manipulation and tampering.

As expected, this structure will also have no government or any large corporation in control and in charge of decision-making. Instead, all decisions regarding the city is to be in the hands of its citizens, who will be able to vote on various issues and use cryptocurrencies as a payment method.

One of the goals is to demonstrate that new, world-changing technologies can make it possible for commerce, business development, and residential living to coexist and make life better. While blockchain technology will remain at the center of the project, all new and innovative technologies will be welcome, as long as they help to keep the system democratic, honest, and fair. This includes things like nanotechnology, AI, 3D printing, and more.

Berns is Preparing the Grounds for Sandbox City Construction

Berns has already done a lot to make this project into reality. The chosen area is near complexes belonging to major tech giants, such as Apple and Google. In addition, the area is also very close to Tesla’s Gigafactory. Bernes has also invested over $300 million already, using this money to buy land, offices, employ staff, and alike.

Furthermore, Berns has bought a lot more, such as military bunkers that will be used for safely storing physical digital assets. In addition to that, he acquired an entire fortress in Switzerland, as well as one in Sweden, that will be used for the same purpose. Finally, Berns also stated that he bought a bank that provides fiat friendly solutions for crypto. This came as his response to his former bank’s decision to block his cards after he revealed himself to be one of Coinbase’s customers.

Thanks to his investment in Ethereum back in 2015, Berns seemingly earned a lot of money. Money which is now used for funding this project, which is his way of giving back to the blockchain and crypto world.

The idea, as he stated himself, is not to get him rich, nor did he want to become a real estate tycoon. Instead, his goal is to create this city where all decision-making will come down to its citizens, and the corporate structure will be held by employees, residents, as well as future investors.

The project is certainly an ambitious one, and it will likely take years to complete. However, many are excited by the possibilities of such an idea. While it is not the first project of this kind, Sandbox City is still quite an impressive goal.